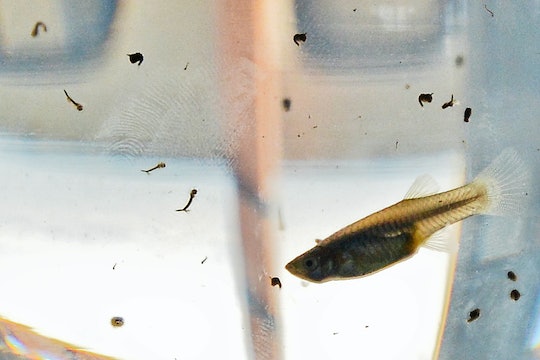 What Other Health Problems Does Zika Cause? Study Links It To More Neurological Disorders

Public health officials have released new information about the Zika virus and its connection to health conditions. Since the virus has spread across the Americas, there's been more reported evidence, and a good amount of media attention, to its connection to microcephaly and Guillain-Barré syndrome. But now, new research has emerged about other health problems Zika causes, which include more neurological disorders than previously identified.

According to a recent report by the World Health Organization, transmission of the Zika virus has been documented in a total of 62 countries and territories from January 2007 to April 2016. And now a new study on the virus — contracted by a mosquito bite particularly in reported areas of Zika transmissions or through unprotected sex, suggests a connection to brain and spinal cord infections.

The Atlantic cited recent cases of people infected with the virus having neurological disorders, like a 15-year-old girl in Guadelope who had acute myelitis, an inflammation of the spinal cord, and a man who had been on a four-week cruise to New Caledonia, Vanuatu, the Solomon Islands, and New Zealand, reportedly got meningoencephalitis, an inflammation of the brain and membranes.

According to a statement released by the American Academy of Neurology, a small study in Recife, Brazil, followed people who came to a hospital in Recife with symptoms compatible to a family of viruses that includes Zika, and were later all confirmed to have Zika. Six people developed symptoms of neurological problems and two of those people developed Acute disseminated encephalomyelitis (ADEM), brain and spinal cord inflammation that damages the myelin, the protective covering of nerve fibers. Four of the six developed Guillain-Barré syndrome, and, when all six were discharged, five still had issues with motor functioning, one had vision problems, and another had memory and thinking issues.

"Though our study is small, it may provide evidence that in this case the virus has different effects on the brain than those identified in current studies," the author of the study, Dr. Maria Lucia Brito Ferreira, said in the statement. "Much more research will need to be done to explore whether there is a causal link between Zika and these brain problems."

Ferreira later noted that the study, "doesn't mean that all people infected with Zika will experience these brain problems," but that it may shed light on the virus' "lingering effects" in the brain. An abstract of this study will be presented at the American Academy of Neurology Annual Meeting in Vancouver from April 15 to April 21. With much societal focus on Zika's impact on pregnant women and related birth defects, the more information on the virus and its links, the better.

More Like This
What Is Monkeypox & Should You Be Worried? Here’s What You Need To Know
Two Young Children Have Been Hospitalized Because Their Formula Is Out Of Stock
Why Is My Vaginal Area Dark?
New Parents Google Around 6 Baby Questions A Day, New Survey Says