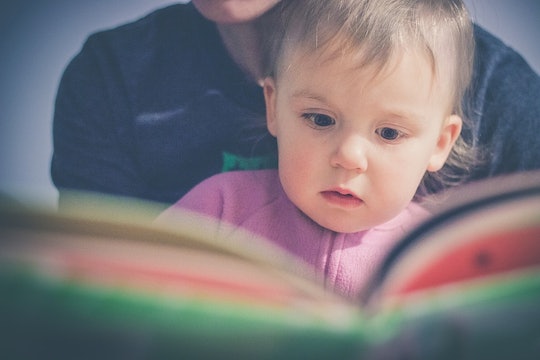 Pepe the Frog was created in 2006 by cartoonist Mark Furie for his comic Boy's Club. But after the frog was co-opted by various white supremacist groups online and used as a meme to promote hate, Furie killed the character off in his strip. Until now, Pepe has been used largely by online trolls in the depths of the internet, far away from kids. But parents need to know about this "alt-right" children's book that features a version of Pepe, even though it's being pulled from shelves, because more just like it could easily pop up.

On Aug. 1, Eric Hauser self-published The Adventures of Pepe and Pede, which features a Pepe-like frog and his friend, named Pede, which is what commenters on a Donald Trump-themed Reddit thread call each other, according to NBC News. The two characters are on a mission in "Wishington," complete with a Covefe Hill, to take down a crocodile named Alkah and his "minions," which detractors say are meant to symbolize Allah and women in burqas.

When Furie found out about the book, he filed a copyright suit against Hauser for using his character to promote hate. The intellectual property case was so simple to prove that it was settled within days. Hauser will have to pull the books from shelves and all of the profits, as per Furie's terms, will have to be donated to the Council on American-Islamic Relations (CAIR), an organization that advocates for Muslims, given the alleged anti-Muslim theme of the book.

The profits from the book were just over $1,500, so not very much — but Furie's point was made: This is more about shutting down bigotry than anything else. Furie has reportedly vowed to aggressively fight the use of his character by white supremacists, and this was his first victory.

According to The Atlantic, Wilmer Cutler Pickering Hale and Dorr, the law firm that represented Furie, released a press release after the case saying:

Furie wants one thing to be clear: Pepe the Frog does not belong to the alt-right. As this action shows, Furie will aggressively enforce his intellectual property, using legal action if necessary, to end the misappropriation of Pepe the Frog in any way that espouses racism, white supremacy, Islamophobia, anti-Semitism, Nazism, or any other form of hate. He will make sure that no one profits by using Pepe in alt-right propaganda — and particularly not by targeting children.

Hauser, a former assistant principal at the Rodriguez Middle School in Oak Point, was relieved of his job amid the controversy surrounding the book earlier this month. He told the Dallas Morning News that he doesn't identity with the "alt-right," and thought that Pepe was a conservative meme, not a white supremacist one.

Hauser added that he meant for the book to fill the "gap" in conservative books for children and that the themes were "nationalism, unity, and truth," and not Islamaphobia, according to Dallas Morning News. But he wasn't confused about the fact that he wanted Pepe to be the main event. He lost his case namely because the drawings in his book were intentionally copied. Hauser had reportedly emailed the illustrator, Ukrainian freelancer Nina Khalova, a picture of Pepe the Frog and told her that he wanted it to look like the character. Khalova said that she had no idea the frog had any meaning when she received Hauser's instructions.

Shortly after he self-published the book on Amazon, Post Hill Press picked up the book for wide release. Louis Tompros, one of Furie's lawyers, said that they tried to contact the publisher before suing Hasuer directly, but were unable to.

Post Hill Press did not immediately return Romper's request for comment regarding any future collaboration with Hauser. But it had allegedly planned on publishing the book. Earlier this month, Devon Brown, a representative for Post Hill Press told Vice's Motherboard:

We are publishing the book in hardcover on November 7, 2017. We do know that some are trying to make Pepe and Pede controversial, but we do not consider it to be ... we find that concern completely unfounded. It's unfortunate that an educator who has written a book that uplifts the virtues of truth and honesty has received such scrutiny.

The book has been taken down from Amazon, so hopefully, given Furie's efforts to use his ownership of the character for good, the books will no longer be circulated. But it's a good reminder to parents to take a long hard look at the books and other media that their children consume. Targeting children with an illustrated book is a low blow. Parents, and creators like Furie, need to keep going high.