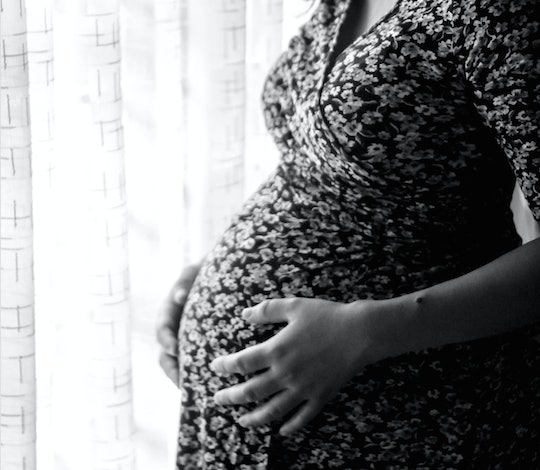 Are You Facing Discrimination At Work?

To many, it feels like reproductive rights are under constant threat these days. With federal, state, and local governments — not to mention individual politicians — having become so heavily involved not just in the conversations, but women's decision-making when it comes to their health — many fear that their constitutional rights are under siege, including workplace rights. What qualifies as work discrimination while you're pregnant? It can be difficult to spot, and prove, that you're experiencing it.

Earlier this week, lawmakers in South Dakota (all of them male) voted down a bill that would have mandated reasonable accommodations for pregnant employees. The impetus for refusing the bill was that, apparently, the lawmakers felt that pregnant women don't need protection (which would have included protection from harassment, unsafe working conditions, or getting fired because they were pregnant).

Rep. Wayne H. Steinhauer made it quite clear when he said that pregnant woman facing discrimination in the workplace didn't have to stay in that job: “It’s not prison. You can quit,” Steinhauer said, according to Rewire. Romper reached out to Steinhauer for comment but has yet to hear back.

Of course, just up and quitting a job is rarely an easy decision to make, economically or otherwise. If a woman is preparing to start a family, losing her job – either because she's been wrongfully terminated, or because she's been forced to quit because of how she's being treated — would present not just economic challenges, but could impact her health if she relies on employer-based insurance.

More to the point, it's often difficult for women to recognize, let alone prove, any kind of workplace discrimination or harassment, which further complicates an already complex issue.

While lawmakers in Oklahoma have gone back and forth on what, exactly, the bill is intended to do — and what the justifications for it are — women's autonomous bodily rights are being questioned in other areas relating to pregnancy, too. One of the ongoing battles is that of workplace discrimination, wherein a woman is either denied a job (or a promotion), fired, or otherwise penalized by her employer because she gets pregnant.

While pregnancy discrimination in the workplace is technically illegal under Title VII of the Civil Rights Act, that hasn't stopped women from experiencing it. Knowing if you are experiencing something that constitutes discrimination, however, can be challenging.

If you get pregnant, your employer is required to do several things: they have to provide "reasonable accommodations" (which should technically include maternity leave) that permit you to continue to do your job without endangering yourself or your baby. Sometimes this means that you might have different job duties (like switching to desk detail if you usually do a more physical job once you're far along in your pregnancy), or that you're allowed to shift your hours, or perhaps take lunch at a certain time, to accommodate doctor's appointments.

There are also things that your employer should not, and often straight up cannot, do when you get pregnant. Neither your boss, nor your coworkers, can engage in any kind of harassment toward you on account of your pregnancy — any more than they would be allowed to sexually harass you. Of course, as is often the case with workplace sexual harassment, it can be difficult to not just establish that you're being harassed — but prove to a superior that it occurred. If it was in writing (like an email or text) you obviously have "proof," but verbal harassment (or even nonverbal harassment that's behavior-based) can be far more difficult. The best thing you can do is write things down when they happen, providing as much information as you can. And if anyone else was around when it happened, ask them to corroborate your experience as a witness.

Employers also aren't allowed to fire you, demote you, or in some other way "punish" you, for getting pregnant. While it's generally a good idea to notify your boss of your pregnancy before you start to show, you don't have to inform them sooner than that if your pregnancy isn't requiring a change in your work habits. You may need a doctor's note, just as any other employee seeking a modification to their duties for health reasons would. Once you tell your boss about your pregnancy, they must allow you to continue to work until you are no longer able to for medical reasons, at which time you may go on maternity leave.

Once you're on maternity leave, your boss can't require you to wait a certain length of time before you return to work, and they can't fire you while you're on leave. However, if your employer doesn't offer benefits that include that kind of leave, you may only be able to go on leave based on what you're afforded through the Family/Medical Leave Act. Unfortunately, this is an unpaid leave, but it is meant to protect your job in the meantime.

We are, unfortunately, living in a time when there are many organized, politically-charged campaigns attempted to strip away reproductive rights. The focus is often on abortion and contraceptive access, and while those issues are important, the scope of reproductive rights is much broader. Understanding that they extend to your employment, particularly should you become pregnant, is important as women continue to fight legislative efforts to strip them of their constitutional rights. Knowing what your rights are, and how to protect them, is the best you can do in the current climate — but as many women know, it's rarely easy.