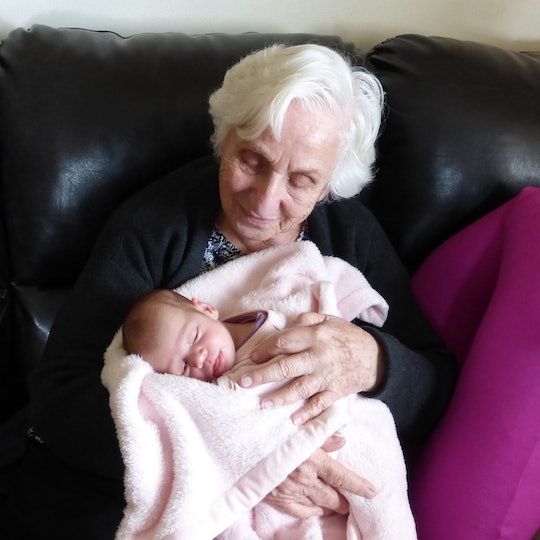 Are Grandparents Putting Kids At Risk?

Oftentimes, new parents look to their own parents for advice and support in raising their children. What's more, grandparents frequently embrace their roles as the grandchildren's go-to babysitters — and, increasingly, as their sole caregivers, as well. But new research shows that there's a lot that grandparents should know before babysitting, as guidelines and recommendations for safe child care have changed and evolved since they raised their own kids. Of course, grandparents' contributions to their grandchildren's wellbeing are invaluable, as is the special bond many of them develop with the youngest generation, but there's no doubt that everyone who cares for kids should be up-to-date on how to do so safely.

Still, grandparents may consider themselves pros at childrearing, having done it before. But new research presented at the Pediatrics Academics Societies meeting in San Francisco recently indicates that they, too, could use some brushing up on best practice. After administering a questionnaire to 636 grandparents who are their grandkids' sole caregivers, pediatrician Andrew Adesman and his team found that some of their beliefs and practices could potentially pose a risk to children, according to a writeup in Science Daily.

For example, 44 percent of them thought that "ice baths are a good way to bring down a very high fever." Additionally, nearly one-fourth of them didn't know that "infants should be put to sleep on their back, not on their stomach or side."

In fact, the former could land babies with hypothermia, while ignoring the latter increases their risk of sudden infant death syndrome, according to CNN.

Despite this, grandparents are raising their grandchildren at a climbing rate. According to the U.S. Census Bureau, 2.7 million grandparents had taken on a parental role over their grandchildren in 2012. According to the Associated Press, that was up 7 percent from 2009, and the upward trend can be attributed to factors like the nationwide opiate epidemic, parental military deployments, and the fact that the number of women who are incarcerated is growing.

Grandparents who raise children when their parents are unable to — and those who babysit sit them even just once in a while — should be commended. After Adesman and his team found through two other surveys that raising grandchildren can have a negative effect on grandparents. Many reported, for example, that the decision to do so had impeded their ability to socialize (71 percent) or hurt their physical health (32.4 percent), The Sunday Times reported.

In order to ensure that they are fully equipped to take care of their grandchildren, grandparents should consult with a pediatrician. The health care professionals can make sure caregivers have current information. As Adesman noted, according to Science Daily:

It's important that pediatricians not make the mistake of taking for granted that because these grandparents have raised children already, they have the wisdom of the ages.

Another great resource is the American Academy of Pediatrics' HealthyChildren.org website. There, all caregivers can find information about how to care for babies, toddlers, kids, teenagers, and even young adults. It's an essential resource — just like grandparents themselves.