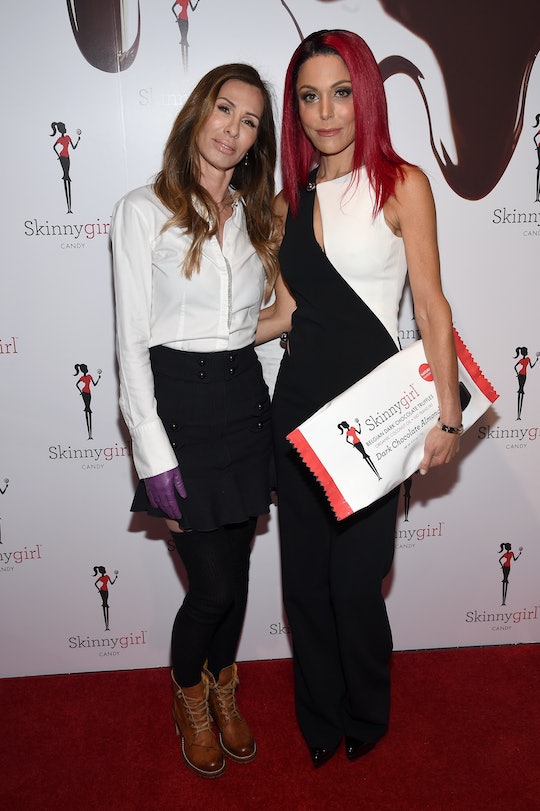 Carole Radziwill and Bethenny Frankel have been besties for years on The Real Housewives of New York, but something changed in Season 10. They started the year off distant, both focused on very different things, but soon their tension took a more argumentative turn. It seems to be coming to a head on the group trip to Colombia. But what started the Bethenny and Carole feud on RHONY?

That seems to be everyone's question. Not only are viewers perplexed by what happened between Bethenny and Carole, but both women seem to be at a loss as well. In a clip from Episode 16, Carole sits down with Sonja to try to get to the bottom of it. Sonja and Bethenny have been getting along well lately, so she seems to be the best person to offer some insight. "There's nothing that I can think of that happened between us, no words that were said, no actions that were done," Carole said.

But even Sonja isn't sure what's causing the feud. She explains that Bethenny feels like Carole doesn't really have any interest in her anymore and that she's not empathetic to how much Bethenny is hurting. Carole protests that she is, but their friendship had always been "a lot of Bethenny and not a lot of Carole." Bethenny had always been the focus, but now Carole had other priorities. Sonja suggests that has something to do with it, too.

It does seem like shifting priorities might have contributed to the dissolution of Bethenny and Carole's friendship. Throughout the season, Bethenny has mentioned that she felt like they had nothing in common anymore. Bethenny was devoting herself to her charity work, while Carole had marathon training and a new friendship with Tinsley Mortimer, among other things.

Tinsley denied having anything to do with the falling out. "My friendship with Carole is completely and utterly separate from her friendship with Bethenny," she told OK!, adding later, "I am not the direct cause of their friendship. You know, hopefully they'll work things out, it's hard to see a friendship fall apart. And I hope the best for them, I hope that they will, but we'll see what happens."

Andy Cohen said the reasons behind the Bethenny and Carole fight were "ambiguous" during an interview with E! News, though he claimed they were revealed as the season went on. However, even fifteen episodes into Season 10, it remains unclear. If anything, it seems like Bethenny and Carole simply drifted apart like friends do sometimes. Their current animosity might spring from the fact that any breakup between friends is incredibly painful, especially when you can't quite pinpoint what changed.

The numerous disagreements the two women had throughout Season 10 certainly didn't help patch things up. They argued over Carole's ex Adam choosing not to work with Bethenny for free, then over Bethenny calling Carole a "puppet." In response, Carole criticized Bethenny in her episodic blogs for Bravo. She also stated on Twitter that the tension between them "has to do with Bethenny and the way she talks about me behind my back and to my face. It's all Bethenny."

What started Bethenny and Carole's feud remains slightly confusing, though it is pretty relatable at the same time. Who hasn't had a friend they stopped talking to for reasons they couldn't lay out clearly? Sometimes years of small moments and minor resentments build up until they can't be ignored anymore. The result is yelling at your friend about a man with a red scarf while you're on a trip in Cartagena. There are many possible explanations for Carole and Bethenny's feud, but hopefully the reunion will shed more light on the situation. Some distance from the season could help.