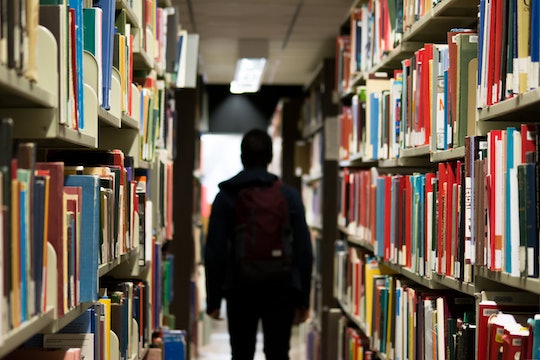 How The School Voucher Program Could Expand

With Betsy DeVos at the head of the Department of Education, there is no telling what the future of education, especially for the next four years, may be. But one bill introduced to Congress in January might just play a role in undoing whatever progress has been made so far. H.R. 610, if passed, would do quite a bit in terms of rolling back guidelines previous implemented by other administrations, including promoting school choice through vouchers, which already have plenty of divisive pros and cons, if the current debate is any indication. But what states have school choice vouchers already? There are actually a lot of them — but the results from those voucher programs are quite varied.

School choice vouchers are like coupons for discounts on education, more or less. These vouchers, which use money from the state, are given to parents to put towards sending their children to a learning facility of their choice, if they decide not to send kids to their assigned public school district. Choices range from private academies to religious schools, according to NPR.

Depending on the amount of funding, vouchers also help pay full or partial tuition for private K-12 schools, according to EdChoice. On paper, all of this sounds great. But the discussion is a bit more complex under the surface: Money the state might otherwise be able to spend on special programs or supplies in public schools is instead siphoned off to voucher programs — leaving little funding for anything else.

Fourteen states have already adopted the voucher programs. These 14 states include Arkansas, Florida, Georgia, Indiana, Louisiana, Maine, Maryland, Mississippi, North Carolina, Ohio, Oklahoma, Utah, Vermont, Wisconsin, and the District of Columbia. About 400,000 students in the United States participate in voucher programs in total, according to Business Insider. And in these states, according to the National Education Association, access is limited — most states have a lottery system in place for who receives a voucher.

There's still much debate over whether or not voucher programs actually work. By receiving money to choose a school, one would expect better results from students because they're not forced to attend their public school if it's not working for them. But according to The Huffington Post, reports from Louisiana's statewide voucher program found that "students who used school vouchers performed much worse on standardized tests than those who remained in public schools." And according to NPR, performance results between states who have vouchers and states that don't are typically the same.

But according to The Hill, some believe that voucher programs work. A 2016 analysis from the University of Arkansas found "statistically significant achievement effects" from the use of school vouchers across the globe. More states have not adopted these voucher programs, according to The Hill, due to politics and lack of funding so similar results on a large scale are yet to be seen.

If H.R. 610 passes, voucher programs could become the new norm and expand from 14 states to all 50 states. Whether that's a good or bad thing is up in the air.