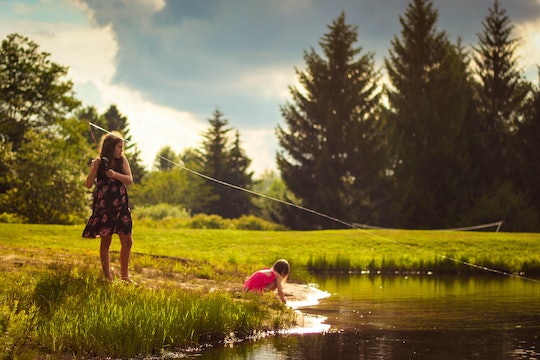 These States Have The Most Uninsured Kids

Medicaid and the Children’s Health Insurance Program (CHIP) help young ones get vital health care that they need, setting them up for a healthy adulthood. Still, over 4 million U.S. children are uninsured — rates that vary drastically from state to state, both percentage-wise and in number. So which states have the most uninsured kids? It's not super surprising that bigger states yield bigger numbers, and smaller states have fewer.

The Kaiser Family Foundation (KFF) tabulated insurance rates for children ages 0-18, as based on the Census Bureau’s March Supplement to the Current Population Survey (the CPS Annual Social and Economic Supplement or ASEC) by the Kaiser Commission on Medicaid and the Uninsured in 2015. Data wasn't conclusive for Colorado, Connecticut, Iowa, Maine, Massachusetts, Montana, Rhode Island, Vermont, and Wisconsin, so those states were not taken into account.

Percentage-wise, the first state with the highest proportion of uninsured children is Arizona with 13 percent, Alaska with 12 percent, Oklahoma with 10 percent, and Texas with 9 percent. In considering the numbers, however, Texas leads with around 691,200; California's next with a distant 363,600; Florida follows with 312,600; and Arizona has 217,200 uninsured children ages 0-18.

But how about the states with the fewest uninsured kids? Illinois has only 2 percent of its 0-18 population uninsured and Michigan and New Jersey have 3 percent. Small and sparsely populated states and territories understandably have the lowest numbers of uninsured kids, with Washington, D.C., Wyoming, New Hampshire, Delaware, North Dakota, and Hawaii gracing the top (well, bottom) of the list.

In recent years, according to KFF, children's uninsured rates have gone down due to Medicaid and CHIP expansions that have been supported by the Affordable Care Act (ACA). In order to guarantee that these numbers continue to plummet (or at the very least stay stagnant), CHIP funding must be renewed; A September 2017 expiration date requiring a rethinking of these funds, combined with a potential rolling back of health care allowances for Medicaid at the hands of Congress, means that secure coverage is all but guaranteed for the kids who really need it.

So what can be done, on a state level, to protect children's insurance needs? Making sure that Congress continues to fund Medicaid and CHIP is a start. CHIP's website encourages spreading its info on social media; Just a small tweet of an infographic can help perpetuate the message. It's also provided a template to help supporters write letters to their legislators, so that constituents' voices are heard.

Whether or not your family is fully covered, it's hard to argue against the need to help kids get health insurance. The vaccinations, dental check-ups, and annual physicals are the ultimate set-up for a healthy adulthood. No matter their state, no kid should go uninsured.