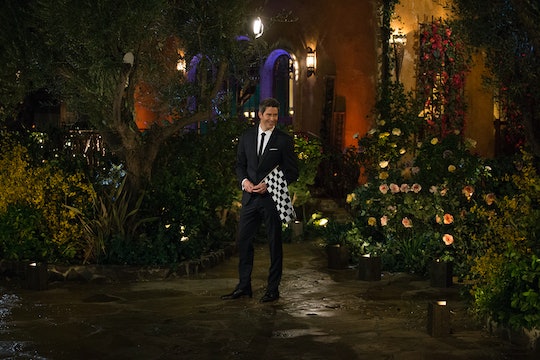 'The Bachelor' Has Always Been Passionate About Racing

The newest man stepping in to headline The Bachelor was a race car driver, which means the show is probably going to indulge in so many puns about hearts racing that you could make a drinking game out of it. Arie Luyendyk Jr. has been racing since he was very young because his father, who shares his name, was a two-time Indianapolis 500 winner. But what team does Arie race for? He has plenty of racing credentials to his name, but it doesn't seem to be something he's making a career out of these days.

Arie gave up racing more than a few years ago, but it was a major part of his life for a long time. He was a Formula 1 racer who drove in the Firestone Indy Lights Series for eight years, coming out with one victory and landing in second place in 2002. He also competed in the Indy 500 like his dad, finishing 28th in 2006. His racing experience didn't end there, either. In the A1 Grand Prix World Cup of Motorsport, he was a rookie driver for A1 Team Netherlands. He switched to part-time racing in 2010, but he'd be back doing it full time in 2013 when he made the jump to off-road racing in the Stadium Super Trucks series.

"I think the [Stadium Super Trucks series] is so fun and unique, compared to what I'm normally used to with IndyCar," Arie told MotorSports Talk in 2013, as reported by NBC Sports. "As a driver, it's been a lot to get used to. Our first event in Phoenix was insane. There's so much support for series — it is new and fresh — but happy to be a part of it at the ground level because I think this thing is going to get big."

In that race, he drove trucks indoors, which was quite different from the kind of racing he had done previously. Despite that, Arie seemed to find the challenge fun, though he doesn't appear to have stuck with the change for long. Later, he took part in the Traxxas TORC Series with Aero Motorsports and planned to take part in the 2014 IndyCar Series.

In 2014, he told GP Update that he was hopeful about IndyCar because he still loved racing so much. "I would have done it [try to put together an IndyCar deal] a lot sooner, but economically it was tough for a few years to raise the funds to go racing," he said. However, appearing in Season 8 of The Bachelorette may have given him a boost. "But now I feel like I'm in a situation where I'm very marketable and I've always wanted to be back in an Indy car."

Later he continued, "I've never lost the passion. I've always stayed close to IndyCar, driving the two-seater or being in the TV booth. When I went to Indy this year I mentally told myself I'd be back the following year. This is a good first step."

Unfortunately, it doesn't seem like Arie was able to take part after all. He hasn't done much racing in the last few years and it no longer appears to be his chief priority, though he does return to it time and time again. He has also supplemented his racing over the years by working an an analyst and commentator.

These days, Arie works in real estate in Scottsdale, Arizona and has apparently found success with it. But that doesn't lend itself to the same kind of punny madness that racing does, so viewers probably shouldn't expect to hear about it quite as much.