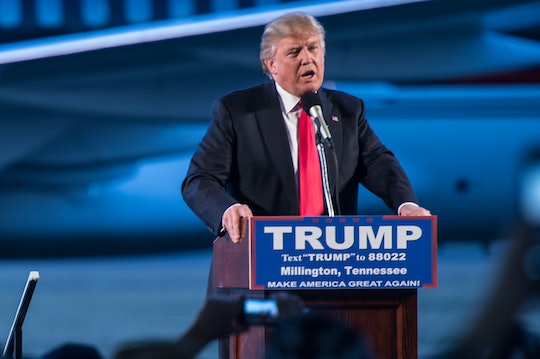 What Time Do The Super Tuesday Results Come In? Alaska Will Keep Everyone Up Late

This week's Super Tuesday elections are the single most important day of the primary election season. On Tuesday, March 1, 12 states: Alabama, Arkansas, Colorado, Georgia, Massachusetts, Minnesota, Oklahoma, Tennessee, Texas, Vermont, Virginia, Wyoming; and one territory, American Samoa, are holding elections to award delegates to both Republican and Democratic candidates for president. The results are important to help establish which candidates are viable before heading toward the summer conventions, which narrow down the field as it becomes mathematically impossible for candidates to pick up enough delegates to win the nominations. Since the results are so meaningful, it's important to know what time the Super Tuesday results come in.

Polls in the majority of Super Tuesday states close at either 7 p.m. or 8 p.m. and news organizations like CNN should be able to make a projection almost immediately after the polls close on those races with a decisive winner. For the South Carolina Democratic primary race last weekend, CNN was able to call the race for former Secretary of State Hillary Clinton just seconds after polls closed, because her victory was such a blowout. Closer races could take longer to call. In Alaska, caucusing goes until midnight, Eastern Time, because of the time difference.

On Super Tuesday there are 595 Republican and 865 Democrat delegates up for grabs, which will be awarded proportionally, based on the percentage of votes the candidates earn. (There are an additional 150 unpledged superdelegates available for Democrats.) That changes on March 5, when the rules change to a "winner take all" approach. The state with the single most delegates is Texas, with 155 available for Republicans and 252 for Democrats. Fittingly, Texas, home of the Alamo, is a last stand for Sen. Ted Cruz, who must win his home state to keep his campaign going. Cruz still leads Donald Trump in Texas by a narrow margin, but the rest of the Super Tuesday primary states, based on polling, are expected go to Trump, putting the businessman closer to wrapping up the Republican nomination.

For the Democrats, Sec. Hillary Clinton has a lead in the polls over Sen. Bernie Sanders and is expected to pick up the most delegates.