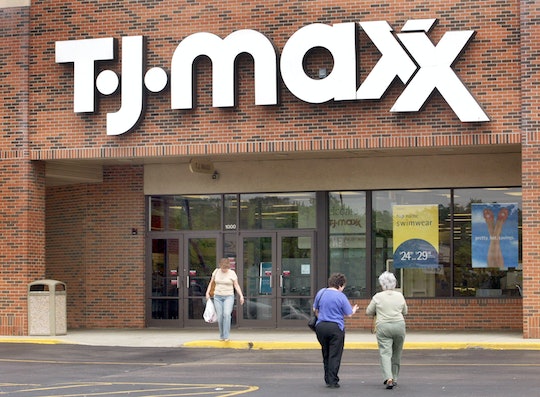 Maxxinistas Are Going To *Love* What T.J. Maxx Is Doing For Puerto Rican Employees

If you're a bargain hunter that refuses to pay full price for designer fashions and home décor, chances are you're already a fan of stores like T.J. Maxx, Marshalls, and HomeGoods. But once you hear what T.J. Maxx did for its Puerto Rican employees, you're going to love the discount chain even more. Just think long and hard before booking an appointment to get "Maxxinista 4 Life" tattooed across your lower back, OK?

There's no self-congratulatory press release to be found on its website, but thanks to a viral Facebook post, the world now knows that TJX Companies, Inc., the owner of all three stores, has continued to pay its Puerto Rican associates since Hurricane Maria, even though stores remain closed. U.S. Army veteran Iván Meléndez, who currently lives in West Palm Beach, Florida, revealed that his son told him that he was still receiving paychecks from Marshalls, and the company had also provided employees in Puerto Rico with much-needed supplies. "Thanks to the Marshalls stores for such an honorable gesture," Meléndez wrote. "From now on I am going to support this chain even more." Retail corporations aren't generally known for such generosity to employees, and the fact that the company didn't even brag about it is the icing on the cake.

The Boston Globe confirmed with TJX spokeswoman Erika Tower that all 29 Marshalls, TJ Maxx, and HomeGoods stores in Puerto Rico are still paying their employees, whether they're back to work or not. "We believe it is the right thing for us to do under these circumstances," Tower said. The company is also supplying employees with food and water. I mean, she's not wrong, but it's still kind of shocking to hear about a billion-dollar corporation that actually cares about doing the right thing. It's almost like you don't have to screw over employees to succeed? I guess everything I know is wrong.

Meanwhile, mega-retailer Wal-Mart, which boasts revenues of more than 14 times that of TJX, has been a lot more vocal about its hurricane aftermath support. Wal-Mart posted on its blog that it was operating a volunteer call center to give associates impacted by Hurricanes Harvey and Irma "the support and information they need," and also sharing that employees whose stores were closed by a disaster or evacuation may be eligible for "up to four days of disaster support pay." In late September, the retailer said that it was "working through a process" to provide disaster assistance and pay for employees of its 48 Puerto Rico locations, but there's been no update since. Wal-Mart has not responded to Romper's request for comment.

It's been seven weeks since Hurricane Maria hit Puerto Rico, and recovery efforts are still slow-going. The local government reports that 42 percent of power has been restored, and 85 percent of water, but not everyone agrees with those numbers. According to CNN, although 42 percent of power generation may have been restored, that doesn't mean it's actually getting to the houses, businesses, and hospitals on the island. In fact, officials don't even know how many people have power, and when CNN attempted to reach out to all 78 Puerto Rican municipalities for the actual numbers, it only got through to 36, because communication is also still down for much of the area. Of those that the network was able to contact, 10 had no power at all, and no towns or cities reported being 100 percent back online.

Clean drinking water may also be more scarce than official reports suggest. According to USA Today, unclean water has led to widespread cases of vomiting, diarrhea, conjunctivitis, scabies and asthma in Puerto Rico. There have been over 70 suspected cases of leptospirosis reported in the area, leading to at least two deaths. San Juan Mayor Carmen Yulín Cruz recently told CNN that Maria's death toll has been wildly underestimated, as well. She believes that it's closer to 500 deaths than the official count of 55, and that many have been mistakenly categorized as natural deaths. "When they were, for example, hooked to a respirator, there's no power, the small generator that they had that gives up, and of course, they die of natural causes, but they are related to a lack of electricity," she told Jake Tapper on The Lead. Puerto Rico needs much more help than it's getting, but it's nice to see that at least one company is doing its part.