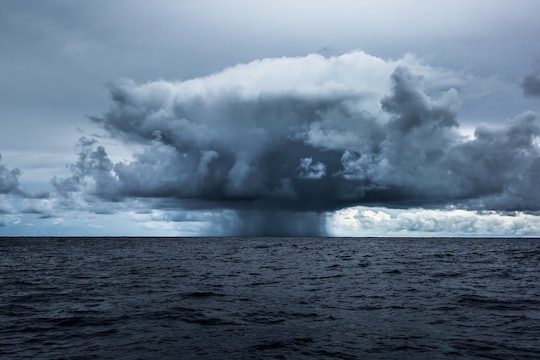 Unfortunately, we’re living in fairly uncertain times. And while we here in the United States have been pretty fortunate not to have any ongoing wars taking place on American soil for many years, that all has the potential to change very quickly. Even before Donald Trump was elected as the 45 president of the United States, many were worried at how he would handle foreign threats. So now, that threats have been made by both the United States, as well as foreign advisory North Korea, you’re probably wondering what to do if the United States is hit with a nuclear bomb.

Trump’s stances on war haven’t really been advocating for peace, in any way. Especially considering he previously wrote on Twitter that, “the United States must greatly strengthen and expand its nuclear capability his stance on nuclear weapons isn’t exactly reassuring. And, this week Trump said that “North Korea best not make any more threats to the United States,” speaking to reporters, and that “they will be met with fire, fury and frankly power, the likes of which this world has never seen before,” many in America have felt a bit stressed about the possibility of being hit with a nuclear bomb.

If there is a nuclear blast anywhere near you, run to the closest building you can find and get inside as quickly as possible. Ideally, you would get underground to a basement or bunker. But if that’s not doable, then get as far center into a closed-in space as possible.

Make sure that you close any airways from outside. Think windows, vents, air conditioning, and more. It's crucial that no air gets in, as it will likely all be contaminated. According to the United States Department of Homeland Security, there are three main factors to consider when protecting yourself after a nuclear bomb: Be as far away from the fallout particles as possible, shield yourself with heavy and dense materials, and don't leave your fallout shelter until enough time has passed.

If You're Stuck Outside

Unfortunately, it might not be feasible for you to get indoors after a nuclear blast. If this is the case, then there are several important things for you to remember. First, and perhaps most importantly, do not look at the blast. DHS notes that it can literally blind you. No matter where you are, if you're stuck outside, lie as flat on the ground as possible, and cover your head. "If the explosion is some distance away, it could take 30 seconds or more for the blast wave to hit," the DHS website notes.

But of course, take shelter as soon as you can after the blast wave, making sure to keep your head down, and limit your breathing of the radioactive air.

Once you're safe inside, one of the first things you should do is take off all your clothing, as it could contain radioactive elements from the blast. Put all your clothes in a closed-off space, or even throw them away. Then, clean yourself thoroughly.

However, DHS says not to follow your normal shower routine. "Do not use conditioner in your hair," their website states, "because it will bind radioactive material to your hair, keeping it from rinsing out easily."

Stay Tuned In To The News

In warfare, things can change in a split second. So, make sure you're staying up to date with official reports and announcements. As Teen Vogue reported: "Stay indoors for at least 24 hours unless instructed otherwise by officials."

Government officials will know what to do, so make sure you're listening to what they're telling you.

For now, the chances of nuclear warfare are highly unlikely. However, threats are still threats, and it's important to know what to do if things do take a turn for the worse.