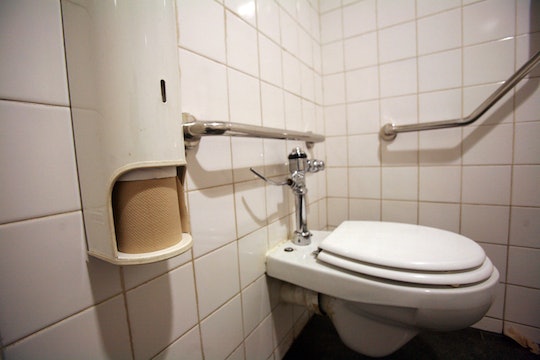 What To Do If You Have Norovirus

We're right in the middle of winter now, and snow isn't the only means that Mother Nature has for causing human suffering. February is peak norovirus season, and thanks to its hard-to-kill status, even the most fastidious hand washers are at risk. So what do you do if you have norovirus? To put it bluntly, deal with it. There is no cure, and you're about to lose a few pounds the hard way. Norovirus can't be treated with antibiotics, because it's a viral infection, not bacterial. And despite what you might have seen on Facebook, grape juice has absolutely no effect on the virus. Once it's in you, it's won, so you'll just have to accept it. I'm so sorry.

According to NBC News, norovirus is highly prone to mutation, so even if you've had it before, you're still susceptible to this year's new, improved strain. And even germophobes aren't safe; it's protein shell, called a capsid, can't be penetrated by alcohol, so hand sanitizer won't do you a lick of good. Regular hand washing can physically wash it down the the drain, but only bleach and extremely hot water can actually kill it. This is especially bad news because it can survive on surfaces (even dry ones) for days. Your doorknobs, throw pillows, light switches, and remote controls are all out to get you, basically.

Norovirus is also highly contagious, because even though you're most contagious when you're symptomatic, it can be detected in your body both before symptoms develop, and after they've subsided. According to the Centers for Disease Control, it can stick around for more than two weeks after you feel better, and during the first few days after you recover, you can still spread it. That means you should spend an extra couple of days on the couch watching The Price is Right before going back to work, so at least there's a little bit of a silver lining.

Although stomach pain, vomiting, and diarrhea are unpleasant, contracting norovirus usually isn't a cause for great concern among otherwise healthy people. The only thing to worry about is dehydration, which can be serious in children, the elderly, and those with other medical problems. Just try to drink as much water as possible, and if that's not doing the trick, there's always Pedialyte, which was actually designed for sick people before they started low-key marketing it as a hangover cure. Watch out for severe dehydration, which might require intravenous fluids. But otherwise, for your average healthy grown-up, just expect life to suck for one to three days. Then you get to buy new jeans and maybe underwear, too! Still not worth it, but it's a nice consolation prize.