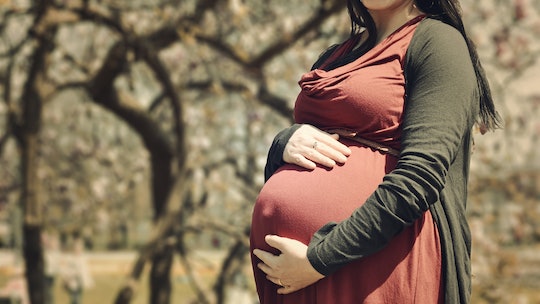 What Pregnant Women Should Know About Norovirus

Each year, about 21 million people in the United States reportedly come down with cases of the Norovirus, a nasty stomach bug that’s extremely contagious and can easily spread in places like schools, daycare centers, and restaurants. The common “stomach flu” is no fun for anyone, especially for expectant moms who already have enough new health risks to worry about. About one in five pregnant women reportedly get sick with the bug every year, so here’s what you should know if you get the Norovirus while you’re pregnant (spoiler alert: there's honestly much you can do).

Fortunately, the Norovirus usually isn’t dangerous to either you or your baby. According to Pregnancy Magazine, Norovirus does not directly affect your baby and studies have shown that there are no “unique harms” linked to pregnancy and the virus. It can, however, be a very serious and unpleasant illness that can sometimes lead to dehydration and an electrolyte imbalance, as frequent vomiting and diarrhea caused by the virus make it difficult to keep liquids down. Symptoms for the Norovirus — known as the “winter vomiting bug” in the United Kingdom — also include nausea, stomach cramps, chills, headaches, muscle pains, and sometimes a low grade fever.

The symptoms usually appear within 12-48 hours after being exposed to the virus and it typically clears up by itself in a few days, according to the National Health Service (NHS). The Norovirus is a viral infection (not bacterial), so antibiotics will not help. People with the Norovirus should drink plenty of fluids to prevent dehydration. Unfortunately, other than rest and fluids, there is no treatment for it at the moment.

Drinking plenty of fluids is key. While dehydration is serious issue for anyone, it is especially important for pregnant women to hydrated. According to the American Pregnancy Association, if dehydration is severe, it can lead to serious pregnancy complications, such as neural tube defects, low amniotic fluid, inadequate breast milk production, and even premature labor.

According to Pregnancy Magazine, because dehydration can lead to an electrolyte imbalance, soon-to-be mothers can develop urinary tract infections (UTI), which are already more common during pregnancy. The American Pregnancy Association writes that if a UTI goes untreated, it may lead to a kidney infection which could cause early labor and low birth weight.

Check with your doctor if you feel pain or burning when urinating, the need to urinate more often than usual, cramps in your abdomen, or if your urine looks or smells different than usual. Fortunately, UTIs can be treated with a simple antibiotic prescribed by your doctor.

It’s important to prevent Norovirus as best as you can by frequent hand washing, cooking and washing your food thoroughly, and disinfecting surfaces with a bleach solution. Almost anyone can come down with the Norovirus during these winter months, but for pregnant women staying hydrated and rested during those miserable days is key to ensuring both you and your baby stay healthy.