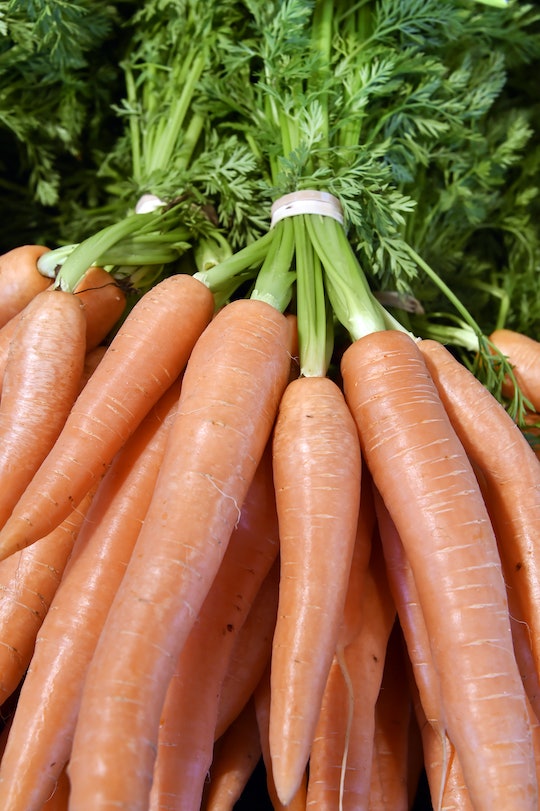 Even the most vigilant parent can still accidentally feed children contaminated products. Sometimes a recall arrives too late; other times, parents don't even realize a recall was announced. When CRF Frozen Foods announced a massive recall earlier this month, concerns about listeria infection rocked the country. If you're wondering what to do if your kid ate recalled frozen fruit or vegetables, don't worry, there are signs of listeriosis to watch out for.

The CRF Frozen Foods recall began in April with only 11 products, CNN reported. In May, it expanded: 358 products were pulled from store shelves. The recall applies to 42 brands, and potentially contaminated products were sold in both Canada and the United States; 13 other related recalls followed. The CRF Frozen Foods recall applies to products manufactured in Pasco, Washington, beginning May 1, 2014, according to a press release from the company. The best-by and sell-by dates run from April 26, 2016 to April 26, 2018.

If kids ate a recalled product, symptoms of listeriosis can manifest in the days or months following (even as late as two months after consumption), Mayo Clinic reported. Early on, they may include "fever, muscle aches, nausea, [and] diarrhea." As the infection worsens, it can impact the nervous system and lead to "headache, stiff neck, confusion or changes in alertness, loss of balance, [and] convulsions." If a child shows any of these symptoms, it may be worthwhile to take them to a doctor for a formal evaluation. The CDC recommends paying particular attention to any fever, muscle aches, or stiffness in the neck; those are all signals that immediate medical evaluation for listeriosis is necessary. A doctor can check for listeria in the blood or by testing spinal fluid.

The good news: healthy kids who eat food contaminated with listeria are still unlikely to get seriously ill, according to the Centers for Disease Control and Prevention (CDC). Pregnant women, adults over the age of 64, and individuals with compromised immune systems have the highest risk of illness. Even if kids did eat one of the recalled CRF Frozen Foods products, it's possible that they'll never develop any symptoms of listeriosis.

As always, it's important for parents to follow their intuition. If a child ate a recalled product but isn't symptomatic, calling a pediatrician for a consult may still be a good move; a doctor familiar with a child can determine any individualized risk factors and provide a more specific list of potential warning signs. And if severe symptoms develop, it may be best to take a kid directly to the emergency room.