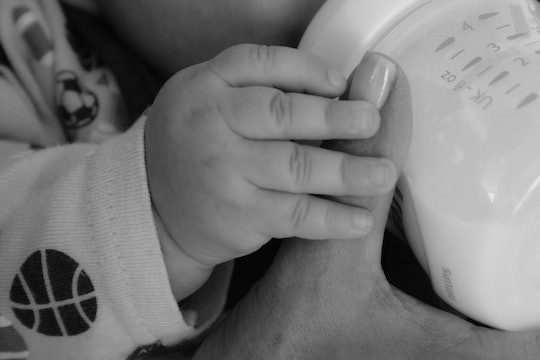 What To Look For In A Formula, Because You May Want To Use It

Using baby formula often comes with so much fear and guilt. Moms have to come to terms with not exclusively breastfeeding in a society where formula equals failure. For months, they will have to explain to friends and strangers alike why their baby isn't drinking breast milk. The last thing a new mom really wants to deal with is figuring out what to look for in a formula as they stand, guilty and confused, in the middle of an enormous baby super store.

I must confess, when I had my children, I didn't research formula at all. We were given samples at the hospital and my husband and I continued buying the same brand when those ran out. A couple of months later, my niece was born prematurely and was given a high calorie formula. Weeks later, after some digestive problems, she was switched to a soy-based formula. It was then that I realized how many formula options are currently on the market.

If you look closely you will see that a typical baby aisle contains no less than a dozen different baby formulas. How does a parent decide? Here are some things to look for in a formula to help you make the best choice for your baby.