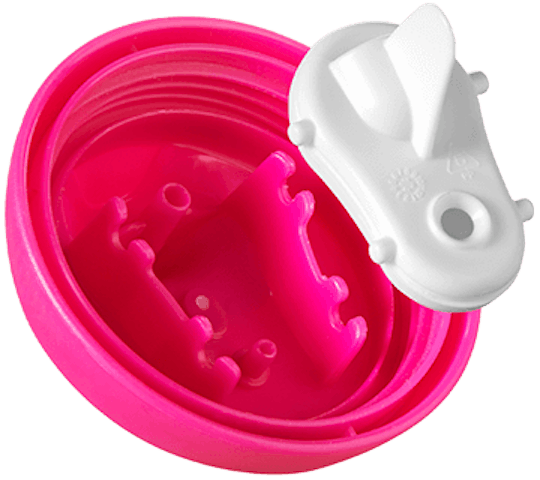 Millions of parents have been forced to check their cabinets and diaper bags this week to see if their child’s favorite cup could pose a serious health danger as Mayborn USA, the company that manufacturers the Tommee Tippee brand, has issued a voluntary recall of 3.1 million sippy cups over reports of mold. The announcement has caused widespread concern, since Tommee Tippee offers several different styles of spill-proof and transition cups for infants and toddlers. Telling which of the company’s 12 types of cups are causing illness won’t be easy for parents. Mayborn USA has provided parents with photos of five recalled styles of Tommee Tippee sippy cups.

According to the official announcement by the Consumer Product Safety Commission, the mold risk is due to a small, removable white valve just under the lid. While the valve is one solid piece, the inside can remain moist or wet between cleanings. And since the valve can’t be opened to dry thoroughly, mold can easily grow.

But the good news for parents is that the valve is only found in five styles of Tommee Tippee sippy cups, according to the announcement: First Sips Transition cups, Trainer Sippee cups, Sippee cups (including those with phrases like “You Pour I’ll Fling,” or “Drink Drop Repeat.” on the front), Sportee bottles and Insulated Swiggle/Sippee tumblers.

The 7- to 10-ounce cups have been sold at nearly every major retailer since December 2014 and are made for children between 4 and 12 months old.

According to CNN, parents began complaining to Tommee Tippee on Facebook back in February, saying that they’d discovered mold growing inside the cups. CNN reported that parents who were able to break open the valves found black mold inside. So far, more than 3,000 consumer reports of mold have come to the company, along with reports that as many as 68 children have gotten diarrhea, vomiting, or other symptoms associated with ingesting mold, according to the recall notice.

At the time, the company vowed to launch a new cup to address mold concerns but offered parents the option of requesting a see-through replacement to ensure their children’s cups were mold free.

The company strengthened that recommendation in its voluntary recall, as simply cleaning the one-piece valve doesn’t appear to mitigate the risk of a child ingesting mold. Instead, parents are being urged to stop using the Tommee Tippee sippy cups immediately and contact the manufacturer for a free replacement.