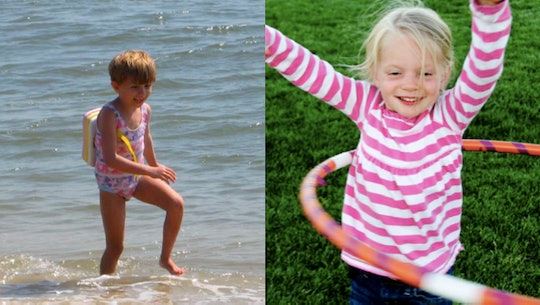 Alissa Parker says her daughter Emilie Parker seemed to have a sixth sense about how other people were feeling and “what they were going through.” Emilie, at just 6 years old, would write small notes of encouragement and hide them around bedrooms or around her family’s house. Almost five years after Emilie was killed in the Sandy Hook Elementary School shooting on Dec. 14, 2012, Alissa is still finding Emilie’s notes. A few days before I spoke to her, she found another note Emilie had left hidden in a book in Alissa’s room. The note said “Love you - Emilie.” When Alissa sent Emilie to school almost five years ago, she never thought the place that was supposed to be a safe space could actually be the complete opposite. That's what drove Alissa to join another Sandy Hook parent, Michele Gay, to start Safe and Sound Schools, which comes before the polarizing debate on gun reform by focusing on making our schools better protected against tragedies like Sandy Hook.

Alissa tells me in a phone call that Emilie turned negatives into positives. "She loved to talk. She loved to create. She talked always in a very positive way about the things she saw," Alissa says. "She cared a lot."

Michele says her daughter Josephine Gay, who was friends with Emilie, had a "persistent" personality. She says she was "very bright, very much taking in everything that was going on around her."

After the tragedy, Michele says that she and Alissa "took time to really focus on our families and ourselves, what was important to us, and what would be important to our daughters."

... Even to this day, almost five years after our tragedy, I still wake up and have to kind of reprocess it.

But not long after the shooting, in the fall of 2013, Michele and Alissa founded Safe and Sound Schools, which is now an organization that aims “To better protect our schools,” its website reads. “To provide safe schools, secure schools, for our children and educators. And to help others do the same in their communities.”

Michele says that Josephine's and Emilie's personalities very much drive the mission behind Safe and Sound. "They both loved school; they loved their classmates. ... They were such wonderful little beams of light in the world — so hopeful and loving and affectionate. So much of what we're focused on is being positive, being generous as they were, helping other people."

Michele and Alissa both chose Newtown as their home because of its low crime rate and the quality of its public schools. Alissa says it has a small-town feel, which is part of the reason why no one thought a tragedy like the shooting at Sandy Hook could ever occur there. “We all felt safe in our peaceful town and in our high-ranking schools,” the Safe and Sound Schools website reads. “We learned, too painfully, that we were not. Gaining entry to our locked school — and access to our beloved children and teachers — was as simple as breaking a glass window.”

And that’s how it happened. The Sandy Hook shooter entered a locked school by shooting through the glass on a door. Just months before, school Principal Dawn Lafferty Hochsprung signed off on the installation of a new security system that “required visitors to be visibly identified and buzzed in,” according to CNN. At 9:30 a.m., the school’s doors were locked. But the system still didn’t stop the shooter.

Though experts at the time stressed that there was nothing school administrators could have done to prevent the shooting at Sandy Hook, a review of the Sandy Hook School Shooting summary report by Campus Safety magazine found different emergency response training for school staff, in addition to training for students regarding stressful situations, may help stop or contain similar incidents at schools. In simpler terms: we have all the tools necessary to help make our schools safer and help prevent tragedies like Sandy Hook, or like the Townville Elementary School shooting in September 2016, or the North Park Elementary School shooting in April 2017.

Alissa says that it was learning about those tools after their own tragedy that led to Safe and Sound Schools, an organization that she and Michele invite students and parents everywhere to join. “Right after the shooting happened, there was a lot of information being thrown at you,” Alissa tells Romper. “We would go to these meetings with the police department, the families, and we would hear an update on what happened. … Over and over again we kept saying, ‘I wish we would have known this. People need to know this.’”

They were such wonderful little beams of light in the world — so hopeful and loving and affectionate.

Michele says basic information about safety and preparedness wasn’t getting to “the boots on the ground,... the teachers, the parents, the students in schools across America.” Safe and Sound Schools fills that gap. The organization uses a three-step plan called The Straight ‘A’ Safety Improvement Model to “Assess” a school’s emergency preparedness; to “Act” and require the school and community to help develop, repair, and enact a safety plan based on what they found in the assessment phase; and, to “Audit” its plan by testing and refining its programs and procedures while also maintaining constant vigilance. The model often requires consulting school officials as well as mental health professionals and first responders, for example — but parents are invaluable to the process.

Michele acknowledges that these aren’t easy issues to think about. The thought of a threatening person entering your child’s school with intentions to harm them and others is terrifying. It’s easier not to think about it and not be involved.

“You want to brush it away,” Michele says. “These things are unthinkable. They are unimaginable and, even to this day, almost five years after our tragedy, I still wake up and have to kind of reprocess it. It's still unthinkable even to me and I'm living it, so of course it's unthinkable to other people.”

But Michele says instead of turning to fear, she and Alissa, and Safe and Sound Schools, can help people feel hopeful. Parents can have some control over their child’s safety at school. Alissa tells parents who are feeling overwhelmed to start with one step. Maybe you contact your school administrators to ask them about security measures. Then you could use Safe and Sound School’s resources to start a community initiative. Your school could host a workshop, or maybe your kid would like to be on the Safe and Sound Schools Youth Council. Parents don’t have to do all of these steps in one day or even one year. In fact, Alissa says these kinds of changes don’t happen overnight.

Every year a school may pick something new to work on. Based on assessments done by administrators and parents, schools can choose to tackle specific things on their list of actions. And then maybe next year they can do one more thing on the list. “So yes, they're not doing it all, but they're doing something. For example, at my own daughter's school: I've watched them in the three-and-a-half years that we've lived here make drastic changes to their school safety measures, but that's not how it began. We've worked really hard at those things. It's been very inspiring to see schools actually do it.”

And, contrary to a parents' instinct to protect their kids from the scary, threatening parts of the world, Alissa believes kids actually need to be aware of threats and need to be involved in any plan for school safety for it to be complete. They are "players at the table," she says. And when you give them a seat, they will have valuable contributions.

Alissa tells the story of one little girl who had lost her mother to violence. She said she didn't feel safe at school, and the school counselor — instead of undercutting her worries — told her they were valid and set up a meeting with the school principal. "So she went and sat with the principal, and she told him all the things she saw that made her nervous."

As a result, the school started a program where students could be "safety ambassadors." The students take turns sitting with the principal at lunch, and they tell him all of their safety concerns, wearing the title of safety ambassador as a "badge of honor," Alissa says.

It really raises their awareness of safety and what they're seeing because they have this title. ... There have been actually quite a bit of changes that we've made as a result of these conversations on safety, bullying, and whatnot.

At its heart, Safe and Sound Schools helps people work together, Michele says. Like she and Alissa learned after Sandy Hook, there are networks already in place that can help make communities and schools safer — you just have to know how to use them. "I think it goes without saying that even people hundreds of thousands of miles away from our tragedy, as it was unfolding, were being really meaningfully affected by what they were learning," Michele says. And many of those people, for the first time, were thinking, if this can happen in a town like Newtown, perhaps it could happen in mine as well.

But that thinking alone means parents have taken the first step toward making their community and schools safer. "There's no way that we can be sure that any one of our communities will ever be perfectly safe and secure, but we can always do a better job at it and we can always do a better job of preparing to work together to help others," Michele says.

Alissa tells me that Emilie, at 6 years old, was always thoughtful about keeping the peace. Emilie had an American Girl doll that she loved to play with, but she didn't want her two sisters to use it. She would play with the doll quietly in her room, and then if her sisters came she would put the doll away for later. It's her generous and kind spirit — and her forethought to avoid conflict — that's captured in Alissa's and Michele's work at Safe and Sound Schools. Keeping the peace in our schools will help protect children, "little beams of light," just like Emilie and Josephine.