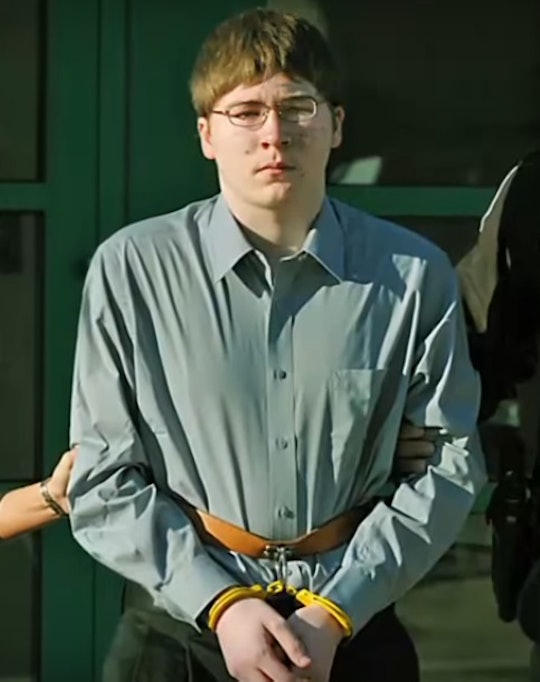 What Will Brendan Dassey Do Next? He Was Just Released From Prison

Nearly a year after his tumultuous life was made famous by the hit Netflix documentary Making A Murderer, Brendan Dassey, now 27, was released from prison. On Monday, a federal judge issued the order, leading many to wonder: What will Brendan Dassey do next? Back in 2007, the then-17-year-old was sentenced to life in prison for his role in the 2005 murder of photographer Teresa Halbach.

According to USA Today, it was not clear whether Dassey would be physically released from the Wisconsin prison immediately as the state prosecutor may appeal U.S. District Judge William Duffin's order. Whenever Dassey is released, under the order, he would still be supervised by the U.S. Probation Office.

Back in early August, Dassey's conviction for his involvement in 25-year-old Halbach's murder was overturned after a new investigation determined that he had been coerced into giving a confession. Dassey was interrogated four times over multiple days without a parent or attorney present, during which he confessed to being a co-conspirator alongside his uncle Steven Avery in the murder and rape of Halbach.

At the time, Attorney General Brad Schimel said in a statement to Variety:

We believe the magistrate judge's decision that Brendan Dassey's confession was coerced by investigators, and that no reasonable court could have concluded otherwise, is wrong on the facts and wrong on the law. Two state courts carefully examined the evidence and properly concluded that Brendan Dassey's confession to sexually assaulting and murdering Teresa Halbach with his uncle, Steven Avery, was voluntary, and the investigators did not use constitutionally impermissible tactics.

Although Dassey was still six months shy of turning 18 years old, he was tried and sentenced as an adult and was ultimately found guilty of first-degree intentional homicide, second-degree sexual assault and mutilation of a corpse.

Ever since news broke that Dassey's conviction was overturned, according to ABC News, Dassey's attorney Laura Nirider said that he and his family are "grateful, in shock, trying to process this."

So after spending nearly 10 years in prison, what will Dassey do next? Although not much is immediately clear about what the 27-year-old might have planned in the near future, court documents obtained by The Wrap shed light on what Dassey can't do.

According to TheWrap, Dassey can't get a passport, he can only travel in the court's Eastern District of Wisconsin, and he may not possess a gun, any other weapons, or any controlled substances. He will, however, have to know his living arrangements immediately, as the court documents say he must provide the address of his intended residence no later than tomorrow, Nov. 15.

As for what he might do, Dassey will probably need to take some time to transition back into society. Unlike most inmates, Dassey became and has remained a known personality after Netflix's Making A Murderer premiered.

"This transition is very difficult regardless of the amount of time served. A large number of inmates that are released from prison will re-offend and subsequently return to prison," ReleasedAndRestored.org explains. "This is called recidivism and it is one of the measurements commonly used to determine how well prepared individuals are for their release and return to society."

Fortunately Dassey appears to have a wide support network on social media and a more intimate source of support from his family and friends.

It's hard to imagine what it would be like to return to society after being incarcerated for a number of years, especially with the whole world watching. While it's not clear what Dassey might do next, it's a safe guess that he might need some time to himself and with his family to fully assess this new chapter of freedom.