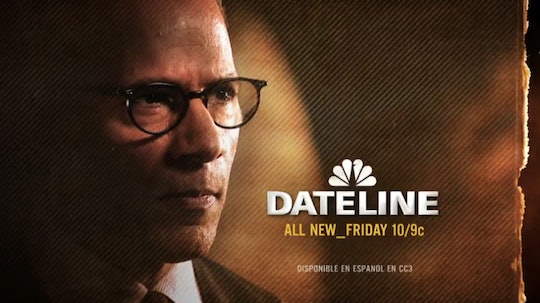 What Will Dateline's Steven Avery Special Talk About? There Are Plenty Of Questions That Still Need To Be Answered

Just when you thought you knew everything there was to know about Making a Murderer and the Teresa Halbach murder case, Dateline's new Steven Avery special is here to give you even more to chew on. The special is set to air on Friday, Jan. 29 at 10 p.m. ET. In other words, Redditors, get ready to have a field day — and that goes for the rest of you armchair detectives too. So what can you expect the new special to unveil?

The State of Wisconsin vs. Steven A. Avery will supposedly feature new interviews with everyone's favorite prosecutor-turned-memoirist, Ken Kratz (surprise, surprise), as well as Avery's defense attorney Jerry Buting, who was part of the original Avery defense team. Additionally, Dateline has reportedly procured never-before-seen interviews from 2005 with Penny Beerntsen, the sexual assault victim in the 1985 case for which Avery was wrongfully convicted. The hour-long special will give viewers the opportunity to see Dateline correspondent Andrea Canning do her own sleuthing in Manitowoc County.

Will this special help put the nation's mind to rest over whether or not Avery is innocent or guilty? Will it squash rumors of judicial misconduct? Will it give Avery's champions hope? All of that still remains to be seen.

It's not likely that viewers will hear a new account of what went down from Kratz and the special's other interviewees. After the popularity of Making a Murderer exploded, Kratz told Nightline in an interview his thoughts on the series, and how it may have tainted America's perception of Avery. "This is not a documentary at all," Kratz said. "It's still a defense advocacy piece." Kratz went on to elaborate that the filmmakers were intent upon one outcome — proving that Avery was innocent and that he had been "the subject of planted evidence."

Such allegations have not only kept the nation riveted, they've caused many people to take action. From writing letters to Gov. Scott Walker of Wisconsin asking the state to pardon Avery on the basis that his Constitutional rights were violated, to those urging The Innocence Project to examine the case in full, I can't really think of another binge-watch that has stirred as much public interest.

The series has seemingly opened people's eyes to all of the police procedures and courtroom drama not shown on Law & Order. I for one can't wait to see what evidence Dateline's Canning may have unearthed from the archives to shed new light on this case.