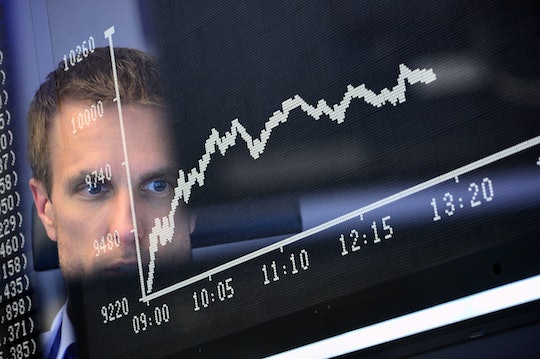 What Will Happen If The UK Leaves The EU? It's A Rough Road Ahead

The United Kingdom voted in favor of Brexit, or exiting the European Union, on Thursday, but finalizing the terms of that severance could take years. So, what will happen if the U.K. leaves the EU? It is predicted to affect the global economy, immigration, control of Parliament, and much, much more.

It's important to note that, while the votes are in, the Brexit referendum is not the final say. This decision could still be overturned or overruled, but, according to the BBC, "it would be seen as political suicide to go against the will of the people as expressed in a referendum." As of now, the decision stands. The EU does have a system in place for this process, and it's laid out in Article 50. The basics of the operating document are that, once Britain announces its intentions to the EU (which it has not formally done yet), it will have two years to negotiate a treaty to replace its former bonds of EU membership. It will not be easy; leaders on both sides will have to come to agreements about everything from trade and taxes, consumer regulations, and immigration.

Britain may look to Norway during those negotiations. According to the Express, Norway is not a member of the EU, but it has adopted many of its regulations, standards, and programs so that Norway have continued access to the European Common Market and other member benefits.

As for what will happen, some ripple effects are already in motion. This morning, Prime Minister David Cameron announced he was stepping down, according to BBC News. Though he has always been a dissenter of leaving the EU, he pledged to hold the referendum back in 2015 to quell critics within his party. According to the Guardian, in 2015 Cameron warned voters of being swayed by UKIP (the party that pushed for Brexit — and won). He said, "To them, pessimism equals patriotism."

After predictions showed the "leave" vote winning, the market went into a free fall. The pound sterling dropped to a 33-year low against the dollar, according to CNBC. The value of the euro also dropped, driving stocks down and causing a lot of uncertainty for investors and business owners. But, this is just the beginning. The Salt Lake Tribune reported on the period of volatility that would follow the referendum results, and, unfortunately, experts interviewed said the period may be an extended one. According to The Economist, Brexit could shrink the British economy by as much as 7.5 percent by 2030. That change, though it seems small, would have huge effects on British business and trade relationships.

This split could also propitiate more disunity for the U.K. According to the BBC, Scotland overwhelmingly supported remaining in the EU, but 44 percent of Scots also think Scotland should have its independence. After Brexit, there may be a renewed movement for Scotland to recast its vote to split from the U.K.

Finally, one of the big uncertainties going forward will be how the government deals with refugees and migration. The EU established a permeability of borders and encouraged free movement among countries. As a result, USA Today reported that 1.2 million British people live in another EU country, and 3 million EU-country citizens live in the U.K. The question now is what will become of them? Movement across U.K. borders will now require visas, residency applications, and citizenship applications. For those who are already in the U.K., they may soon lose the right to continue working in Britain and may even be deported.

It's amazing how influential a ballot cast just last night has been, but the growing pains, turmoil, and volatility are far from over. There are sure to be more unforeseen consequences — in the U.K. and abroad — as the Brexit process continues to unfold.