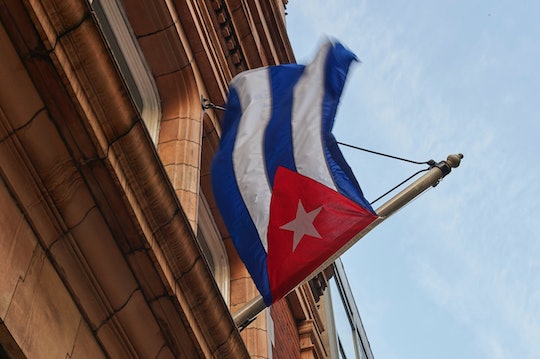 What Will Happen To Cuba After Fidel Castro's Death? The Country Will Be In Mourning

Longtime Cuban leader, Fidel Castro was 90 at the time of his death. Years prior, his health had been declining and in 2008, Castro stepped down from presidency in Cuba. He was the president of Cuba for an incredible number of years; his decisions affecting a number of Cuban lives. As people continue to come to terms with his death, many are wondering what will happen to Cuba after Fidel Castro's death? The truth is, Castro has not been the ruler for quite some time. While his face and name was symbolic of the continued leadership in Cuba, his death could bring a sense of a new beginning to citizens.

While Fidel has no longer been running Cuba for the past eight years, another Castro has been — Raúl Castro — Fidel's younger brother, who took seat when Fidel ceded the presidency. But a lot has happened in the past eight years and it is clear that Raúl is not like his brother. Raúl's biggest accomplishment thus far is ending the long time stand off between the United States and Cuba, something that, according to The New York Times, Fidel fought to maintain. So, will Fidel's death have much of an effect on the country which is going through "a time of great uncertainty?" According to The New York Times, it isn't clear — but Fidel's death will unlikely change the course of the country.

What will Fidel's death mean for the relations between the United States and Cuba? After putting aside President-elect Donald Trump's reaction to Fidel's death? According to CNN, in the past, Trump has criticized the Obama administration's effort to normalize relations with Cuba and has since flip-flopped his opinions on Cuba, in typical Trump fashion. It has yet to be determined if a Trump presidency will keep the current relations the United States has with Cuba or if Trump will undo all that Obama has worked towards.

While there is no current fears about the leadership in Cuba, Raúl has said that he will step down from presidency in 2018, according to Reuters — and it is then when people might start questioning what will happen to Cuba. But before any major thing can happen in Cuba, the country will observe nine days of mourning, according to ABC News, where Fidel's ashes will take the journey taken by the army he led on a march across the island in 1959. Raúl's leadership has definitely been been different compared to his brother's. It is certainly a different time in Cuba and Fidel's death could serve as a new beginning.