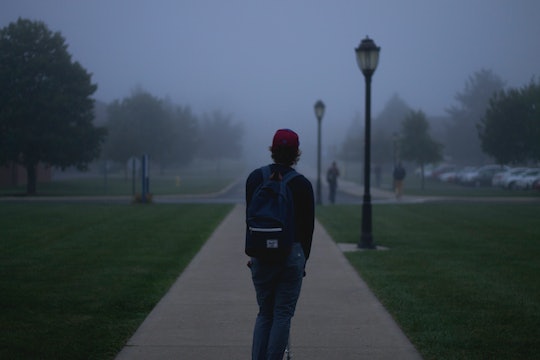 What Will Happen To ITT Tech's Students Now? They Can Transfer Or Start Over

Not all students will be able to return to their classes as this fall as usual. ITT Educational Services, Inc., the company that manages ITT Technical Institutes, is closing all of its campuses. The move has sent shockwaves of uncertainty to both current and former students as they weigh the educational, financial, and career implications of such a gesture. What will happen to ITT Tech's students now? About 40,000 current students and 8,000 employees will be affected. Whereas some loans may be forgiven and transfer opportunities are available, many students will be disappointed with the sudden lack of options.

ITT's shutdown was prompted by the Department of Education. In a statement, U.S. Secretary of Education John B. King Jr. claimed that, ultimately, the department decided "the school’s decisions have put its students and millions of dollars in taxpayer-funded federal student aid at risk." In addition to myriad previous investigations, ITT's accreditor, the Accrediting Council for Independent Colleges and Schools (ACICS), revealed that the for-profit college allegedly "is not in compliance, and is unlikely to become in compliance with [ACICS] Accreditation Criteria." Ultimately, King noted that the decision was made "in order to protect ... other students, and taxpayers from potentially worse educational and financial damage in the future."

Responding with its own statement, ITT called the situation "inappropriate and unconstitutional." The company emphasized that it was forced to close "without any opportunity to pursue [its] right to due process" and without alternative solutions. ITT explored other options, "including transfer of the schools to a non-profit or public institution," but the government was reportedly unwilling to accept these alternatives.

Students who are currently enrolled at ITT "may be eligible to have [their] federal student loans for [their] program[s] at ITT discharged." In layman's terms, their federal loan debt will reportedly be expunged. This also applies to "recent" ITT students who are no longer enrolled, though the U.S. Department of Education's blog did not specify these how recent a student must be in order to qualify.

Students who have not yet graduated are able to transfer their existing credits to another school but will not have their federal student loans forgiven. There is no guarantee that schools will accept all or any of a student's ITT credits.

ITT Chief Executive Kevin Modany told reporters that they had "multiple conversations, with multiple parties, over a period of probably at least 12 months" in order to find another option aside from closing the schools. Modany stated that the U.S. Department of Education was not willing to accept these other options, which included partnering with other institutions who would then take on ITT's operations.

This situation puts both current and former students in a difficult spot. Current students must either find another school that will accept some or all of their completed education while still possessing their federal loan debt or else start over completely while shedding previous debt. Former students may still be paying off an education with, in light of recent accreditation discrepancies, a disputed value.

King's statement emphasized his personal concern for all students affected. He noted, too, that "the Department’s Office of Federal Student Aid is ready to support you with resources and information" and will continue to provide updates and information "in the coming days and weeks."