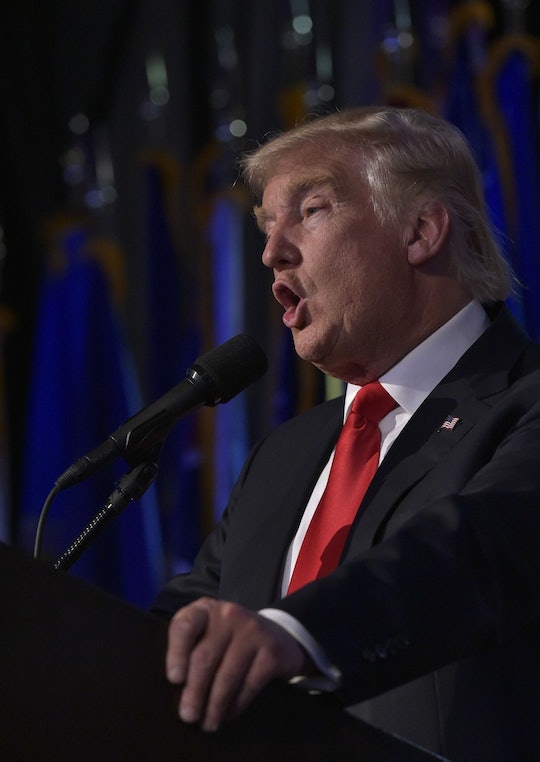 What Will Happen To Late-Term Abortions Under Trump? Trump Has Stated His Distaste For It

When Donald Trump was elected President of the United States on Tuesday, the rights of millions of Americans were suddenly put on the line. Trump is a known, out-spoken conservative who isn't afraid to claim he wants to make some major changes. Trump has briefly stated his plans to reform healthcare — but what will happen to late-term abortions under Trump? Trump has been candidly and unapologetically against late-term abortion, but it's unclear exactly what he will do about it.

Who could forget Trump's comment about late-term abortion during the last presidential debate just three weeks ago? It was practically the only thing that people would talk about in the weeks after due to its "colorful language." Trump's depiction of late-term abortion, was not that informed and less than educated to say the least:

It is unclear how the Trump administration plans to "protect innocent human life from conception to natural death" but Trump has made his distaste for them clear — despite him not being the most informed on the common late-term procedure. It is safe to say that Trump's approach to healthcare will be more conservative. Women will now just have to wait and see how his conservative approach will effect their bodies and their rights.