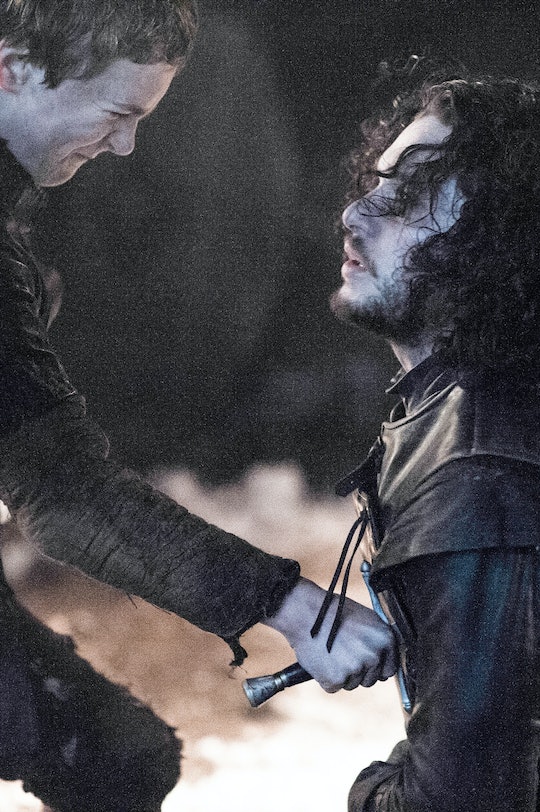 What Will Happen To Olly On ‘Game Of Thrones’?

Olly is probably the most hated little kid to come out of Game of Thrones since Joffrey – well, he's definitely up there. After Jon Snow was particularly helpful to the littlest Night's Watchman, he was rewarded by Olly stabbing him multiple times. Now season 6 has begun, Jon is dead, and Olly is showing no remorse. With the Night's Watch in disarray after the death of their Lord Commander, what will happen to Olly on Game of Thrones now?

Olly has proven himself untrustworthy in the extreme; in fact, only a select few of the Night's Watch can be counted on after so many of them turned on Jon. Despite his treasonous actions, Olly seems to be feeling pretty good about himself in the brief appearances he makes in the premiere. The men who killed Jon – Olly included, even if he's just a kid – felt that they were doing what had to be done to protect themselves from the Wildlings, who did kill Olly's family. It causes a fissure in the Night's Watch that doesn't look like it will be easily fixed, and might actually result in the group turning on each other.

This isn't the first time little Olly has caused the death of a beloved character. He also shot the arrow that killed Ygritte, meaning that he's messed things up royally for Jon not once but twice. Killing a guy's girlfriend, then killing him? That's cold, Olly. That's stone cold. Olly's relationship with Jon could've gotten off to a really bad start because of that, but Jon (good guy that he is — or, um, was) forged a genuinely caring and helpful relationship with the little dude. Up until Olly Julius Caesaer'd him, of course.

It's not actually certain what fate will befall young Olly now that he's put himself into the line of fire with his violent actions. He chose a side in the war brewing amongst the Night's Watch, and that side may not be the winning one. Whatever happens to him, you can bet it won't be good.

And if Jon does end up coming back from the dead, you can bet he's not going to be too pleased with the littlest Watchman.