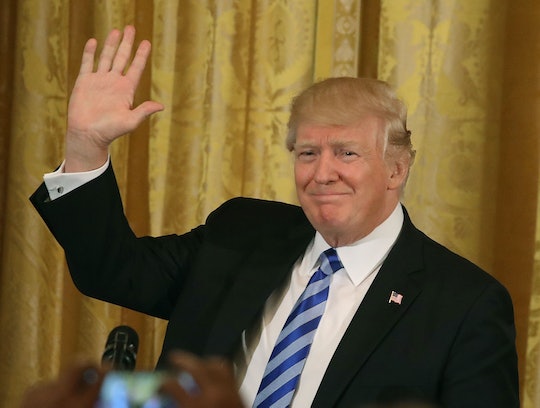 What Will Happen To The AHCA Now?

President Donald Trump pushed to vote on the American Health Care Act on Friday, despite some Republicans being opposed to the bill. But at the last minute — about an hour before the vote on the bill was scheduled — President Trump has asked Speaker Paul Ryan to cancel the vote, CBS News reported. So what will happen to the AHCA now?

The bill was pulled because many Republicans had said they would not vote in favor of passing the American Health Care Act. Washington Rep. Herrera Beutler said in a statement that, while she appreciates the recent changes to the bill "to better protect older Americans from health-care cost increases, the difficulties this bill would create for millions of children were left unaddressed." Other Republicans voiced concerns that the current bill would lead to the loss of insurance coverage, including Pennsylvania Rep. Charlie Dent.

The vote was supposed to take place on Thursday, but was delayed by a day, according to CNN. Although initial reports suggested it was Trump's idea to pull the bill, two senior administration officials said Ryan made the decision, CNN reported. Ryan held a press conference shortly after the bill was pulled.

"We came really close today, but we came up short,” Ryan said at the conference, CBS News reported. “This was a disappointing day for us...We will need time to reflect on this moment...are all of us willing to give a little to get something done?”

So what will happen to health care reform now? Will the Trump administration have to go back to the drawing board?

Vox reported that Trump has hinted recently that he is interested in moving on to other issues more than continuing to push for a health care bill, such as tax reform. Trump has also threatened to walk away from health care reform and keep Obamacare in tact if Republicans didn't vote for the bill. Rep. Chris Collins echoed the president's threat that Trump will give up on health care reform if the AHCA didn't pass, Vox reported.

Ryan confirmed at Friday's press conference that for now the Affordable Care Act will stay in place, BuzzFeed reported.

But that doesn't mean the Trump Administration won't eventually revisit healthcare reform. “We’ll end up with a great bill in the future once Obamacare collapses,” Trump said at the press conference, according to CBS News.

And hopefully, that bill will offer much more than the AHCA did.