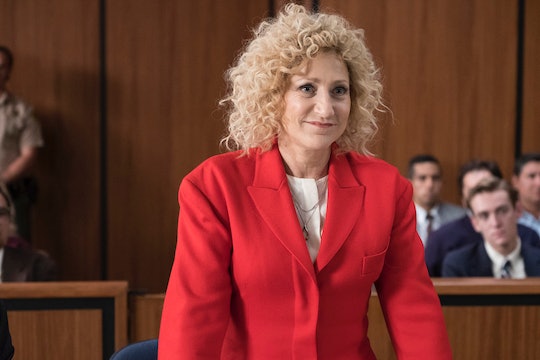 What Could 'Law & Order True Crime' Season 2 Be About?

The first season of Law & Order True Crime focused on one specific case: that of Erik and Lyle Menendez, two brothers who killed their parents back in 1989. But it's an anthology series, so what will Law & Order True Crime Season 2 be about? There are definitely a few fascinating possibilities, though there is also a chance that the show won't get to explore any of them at all. It has yet to be renewed for another season, so its future is up in the air. However, that doesn't mean fans can't still speculate.

The different branches of the Law & Order franchise have often taken inspiration from real cases but changed the names or details to keep them firmly within the bounds of fiction. This is the first time one of the shows has openly delved into a real case for the course of an entire season, following the investigation, arrest, and trial in traditional Law & Order fashion. Though the show itself hasn't necessarily been the most successful, there is definitely a clear interest in pop culture for true crime cases from decades past, so another season could help the show find its footing — and its audience. And here are some of the cases that could dominate a second season.

Series creator Dick Wolf put forth a few potential topics himself, and one of them was Timothy McVeigh. McVeigh was a domestic terrorist who set off a truck bomb in front of the Alfred P. Murrah Federal Building in Oklahoma City in 1995. He was convicted and eventually executed for the crime, which had caused the deaths of 168 people and left 684 people injured. Showrunner René Balcer brought up the case in an interview with Entertainment Weekly, so it seems like something he and Wolf are seriously considering.

Deadline reported that Wolf suggested another case as well: that of David Berkowitz, who was also called the Son of Sam. Berkowitz was responsible for eight shootings in New York City in the summer of 1976. Before he was caught, his attacks created an atmosphere of terror that even led to many young women shearing off their hair because the shooter was known to target women with long brown hair. Berkowitz famously attributed his crimes to the influence of a demon speaking to him through his neighbor's dog.

Wolf's final suggestion for Season 2 was Richard Ramirez, the Night Stalker. Ramirez was a serial rapist and killer who targeted victims in Los Angeles and San Francisco. His crimes were horrifying and extensive, spanning well over a year before he was finally caught.

It has been 20 years since the mysterious murder of JonBenét Ramsey, but interest in the case has never totally dissipated. It would definitely be a headline-grabbing choice for Season 2, but the lack of clear-cut answers could make it a bad fit for the courtroom-based Law & Order. No one was ever convicted and put on trial for the murder, though there were plenty of suspects.

Like the Ramsey case, there are no easy answers with the Zodiac Killer; their identity is unknown to this day. That might make it a difficult choice for the show but would definitely be an interesting one, especially as a season-long investigation would really allow the details of the case to be fully explored.

There are no shortage of real stories that could provide Law & Order True Crime with the theme of its second season. These are only a few guesses and some speculation, but anything could happen if the series is renewed.