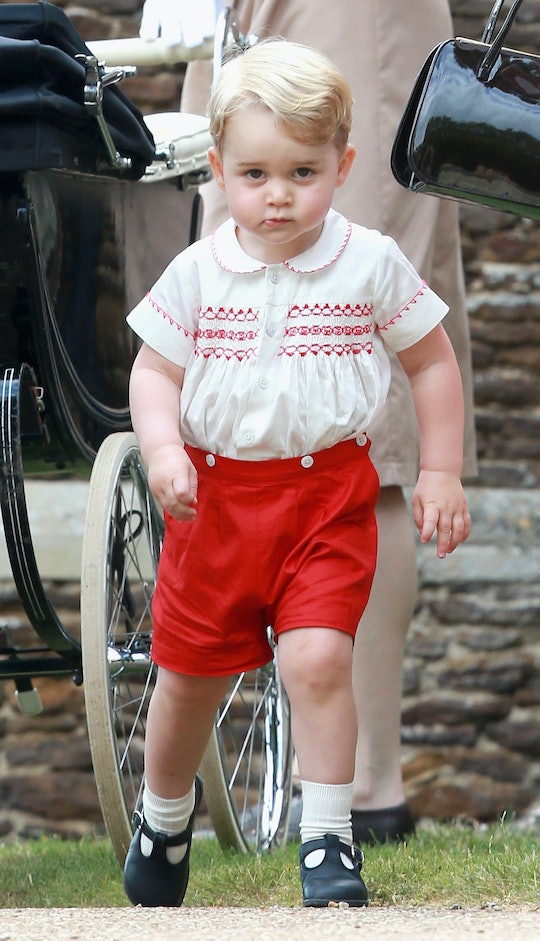 What Will Prince George Look Like When He's Older? Scientists Think They Know, & It's Freakishly Similar To This Dad

The heir to the throne of England is just a wee toddler now, but we already know what Prince George will look like when he’s older. Don’t worry, the software was created by scientists for the common good: they hope to use it to track missing children or identify criminals in a crowd. But to demonstrate what it can do, they used little George’s baby pictures to show what he will look like at age 7, 20, 40 and 60 years old. The software was developed by a team led by Hassan Ugail, a professor of Visual Computing at the University of Bradford.

It works like this: they plug in a bunch of pictures and an algorithm processes them, plain and simple. The software can age a subject however law enforcement needs to on the fly. But the code is kind: it follows a natural age progression, so it isn’t able to factor in things like diet or exercise or sleep habits. Even so, Ugail says it’s about 80 percent accurate in predicting just how old and wrinkly the cute prince will become. Which is more than current time progression software currently on the market. Ugail explains that:

They are trying to make it into an app that law enforcement can use. Ugail insists that the project isn’t just for fun. In fact, the images circulating of Prince George at age 30 with a slick hair cut shouldn’t be trusted. The hairstyles were just for illustration. The creepiest thing? Prince George will look sort of like Liam Neeson, right?

You can see the full time progression here:

They also aged Princess Charlotte just for fun, but she must have vetoed the selfies because they haven't yet taken over Twitter like her brother has.