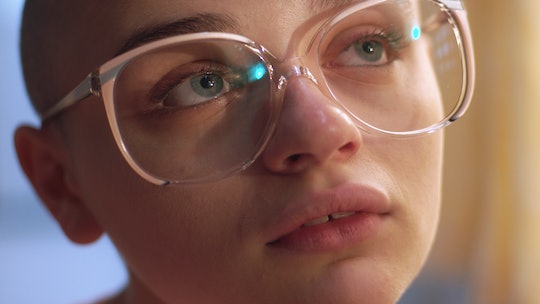 If you were among those glued to your TV for all eight episodes of Hulu's The Act, you're probably ready for more. The show, based on true people and events, may have concluded Season 1 in a neat bow, but fans still want to know what comes next. If you were all in on Season 1, it's only natural to want to know what Season 2 of The Act will be about and I don't blame you.

As of now, Hulu hasn't officially confirmed a second season of The Act. Sorry, fans. If it's any consolation, showbiz moves fast and Hulu still has time to pick up another season and dish it out this time next year. Co-creator, Michelle Dean, discussed the fact that there's no Season 2 yet in interview with Esquire, saying a second season may not look the way you think it will. "The Act was designed as an anthology: obviously the title refers to a couple things," she said. "Obviously the act of the crime, but also the act that Dee Dee and Gypsy were putting on for the public. If there were a Season Two, those are the stories that we would be interested in telling."

This means The Act Season 2 wouldn't be a continuation of Dee Dee and Gypsy's story, instead it would follow a whole new crime — one that likely involves a great deal of subterfuge.

The Act garnered praise from critics and fans alike. Performances by Joey King as Gypsy Rose and Patricia Arquette as her mother Dee Dee were so stirring it was hard to remember they were acting. In case you've forgotten, The Act is based on the 2015 true events of a Springfield, Missouri single mom who, as it appeared on the outside, took great care of her sick daughter. As it turned out, Dee Dee suffered from Munchausen syndrome by proxy, which is a mental disorder that manifests by a parent or guardian making up a child's illness for attention. Dee Dee convinced many people — including Gypsy herself — her daughter had many different illnesses, some that required the use of a wheelchair and a feeding tube. In the end, Gypsy's secret boyfriend Nick Godejohn stabbed Dee Dee to death. He is currently serving a life sentence in prison while Gyspy Rose is serving a 10-year sentence.

Luckily (or unluckily) there is no shortage of haunting true crime stories to draw from for following seasons of this show. Though if these stories are anything like The Act, I wish you good luck ever getting a good night's sleep again. There's undoubtedly something fascinating about taking a peek into the darkest corners of the human psyche but no one ever said it would be comfortable.

Sorry I can't give a more concrete answer as to when, or if, Season 2 of The Act will happen. With all the fan love over this disturbing work of fiction, there is hope Hulu will give you something equally as twisted — if not more so. Either way, Season 1 of The Act is haunting enough without continuation.