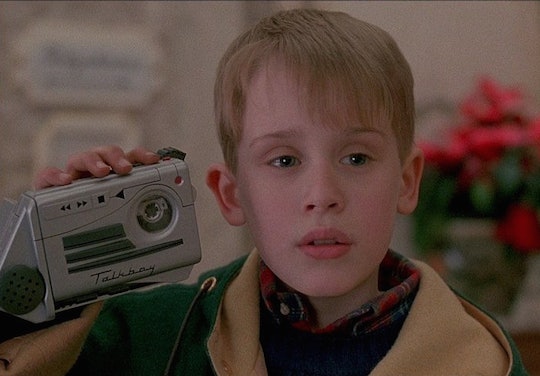 The first Christmas my husband and I were engaged, we spent the afternoon with his grandparents. Shortly after we arrived, his grandma shuffled off into her bedroom and re-emerged in short order with a stapled stack of paper, probably about 15 or so pages. "I thought you'd want to see this," she chuckled. I figured it was a story my husband had written for her, or a weirdly printed out collection of baby pictures, but before I could even read the first line, my husband knew exactly what it was. "Is that one of my old Christmas lists?"

It was. A 15-page, typed out, single spaced Christmas list. And apparently this was just one in a childhood full of such catalogs. It was as though every toy he had so much as heard about over the course of the year wound up on there. My man liked to cast a wide net, and while he never got everything on his list, he usually got a respectable haul. In my house, Christmas was always fun, but my brothers and sister and I were never at risk of having an avalanche of presents crush us. As such, my lists were pretty modest (compared to my husband, I was a damn monk), but they were imbued with the hope and whimsy that only a '80s/'90s baby, raised at the height of toy marketing could conjure. Nowadays, my lists run much more practical: I'm pretty sure I've put "underwear" on there because, hey, a girl needs underwear and sometimes she doesn't feel like going underwear shopping.

Join me as I remember favorite wishes of days gone by (and realize what a boring adult I've become).