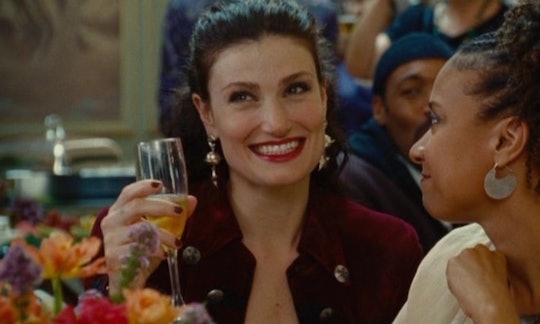 Here's Everything Coming To Netflix In January, To Kick Off The New Year Right

Out with the old and in with the new. As 2017 comes to a close, it's time to say goodbye to some of your favorite shows and movies on Netflix. And while parting is such sweet sorrow, this also means it's time to get excited for what's coming to Netflix in January 2018. Because there are a lot of great shows and movies to look forward to in the coming year.

For example, the holidays might be over at this point, but Love Actually is heading back to Netflix, even though it only just left the streaming service in October. So in case you can't let go of your holiday spirit, you can watch this fan favorite film until your heart's content. There will also be a new Pixar film, new seasons of Netflix Originals, and some classic mobster films that you'll definitely want to check out. However, before we jump into January there are a number of great shows and movies you'll probably want to watch before they're taken off the site indefinitely.

After December, all the seasons of Lost will be leaving Netflix in January, so if you haven't binged it yet, now is the time. Also heading out the door this month are classic films like ET, Forrest Gump, and Grease. You don't want to miss your chance to see these movies before they're gone, so make sure to give them a watch before it's too late. And then get ready to add all of these new shows and movies to your watchlist.

The first Bring It On is a classic that demands to be watched by everyone, and while the following sequels may not have been the best, there are still some great moments in each. Plus, Solange is in the third one, so do you really need another reason to watch?

This hilarious rom-com, starring Owen Wilson and Vince Vaughn, will make you laugh but also hit you right in the feels. Especially if you're at that point in your life where everyone you know is getting married.

Gene Wilder was one of the amazing celebrities we lost in 2016, but he continues to live on as Willy Wonka in our hearts. Now you can rewatch the movie and relive all the fun and magic Wilder brought to the film.

Whether or not you think Mark's confession of love to Juliet is problematic, overall Love Actually is a heartfelt movie that has continued to spread the holiday cheer since 2003.

These classic movies about the Corleone family are a must watch. Whether you've never seen them or watched every single one multiple times, now's the perfect time to have a Godfather marathon.

When the Tony Award-winning musical was turned into a movie, fans were thrilled and theater lovers everywhere continue to helm Rent as one of the best musical movies to date.

In the sixth season of this Shrek spin-off series, Puss in Boots continues on with his mission to protect the mythical city of San Lorenzo.

The modern day reboot of One Day at a Time returns with an all new season, and fans are already excited to see what the Alvarez family gets into next.

The latest Cars movie is coming to Netflix, so if you (or your kids) missed out on seeing it in theaters, now's your chance to catch up with Lightening McQueen.

Martin Luther: The Idea that Changed the World

The Dukes of Hazzard

The Exorcism of Emily Rose

Treasures From The Wreck Of The Unbelievable

Disney's Pirates of the Caribbean: Dead Men Tell No Tales

Comedians in Cars Getting Coffee

The Man Who Would Be Polka King

Bad Day for the Cut

Trolls: The Beat Goes On!: Season 1

A Futile and Stupid Gesture

Kavin Jay: Everybody Calm Down!