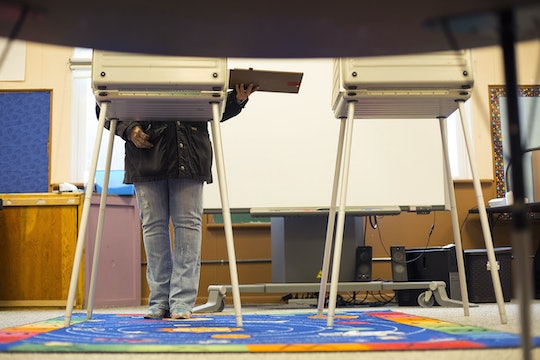 The small Caribbean island of Puerto Rico is heading to the polls on Sunday to make an important decision. What's happening in Puerto Rico has the potential to seriously shake things up for the United States, too: The island is a U.S. commonwealth, however, Puerto Rico is holding a vote on whether or not it wants to become the 51st state. This isn't the first time time Puerto Rico has voted on this subject. In fact, this is the fifth time Puerto Ricans will get the chance to tell Congress how they feel about their current political status. Despite not being able to pass the statehood vote in the past, will Puerto Rico finally be able to unanimously demand statehood from the United States?

The island’s fifth plebiscite in 50 years comes in the wake of Puerto Rico's election last November. Ricardo Rosselló was elected governor after largely basing his campaign "on the promise of making a new push for statehood," according to The Guardian. Once in office, the 37-year-old Rosselló partnered with the ruling Partido Nuevo Progresista (PNP) to create the fifth statehood referendum. "Change is in the air," Rosselló told The Guardian of his optimism. "The US is the third largest Spanish-speaking nation in the world. It’s time to argue this out."

Rosselló is not the only prominent Puerto Rican government official pushing hard for a good turnout at the polls for the statehood vote. Pedro Pierluisi, Puerto Rico's former congressional representative, has been loudly voicing his support of the referendum, as well. “Let’s send a loud and clear message to the United States and the entire world,” Pierluisi said in a statement released on Saturday. “And that message is that we Puerto Ricans not only want our U.S. citizenship, but we want equal treatment.”

Despite the strong pro-statehood campaign, there has been pushback from opposing parties. A boycott of the vote has been established by those who either want maintain the status quo or push for full independence from the United States. The Guardian reported that 2.3 million Puerto Ricans are currently registered to vote and the success of the current plebiscite depends on what percentage of registered voters turn out to show their support for statehood.

The polls close at 3 p.m. Eastern Time and the world will know then whether or not Puerto Rico wants to officially become the 51st state. At the very least, this vote will allow the citizens of Puerto Rico to raise their voices and tell the world how they feel. Only time will tell if the U.S. government will listen.