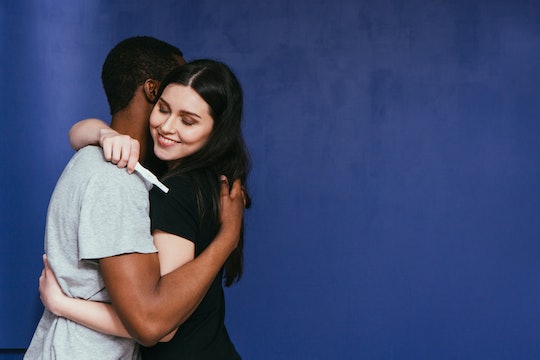 You're More Likely To Have A Healthy Pregnancy During These Months

It's not uncommon to consider what time of the year is best when it comes to experiencing pregnancy. Maybe you want a summer baby, or you can't imagine celebrating a child's birthday on the same day as a significant holiday. So, what's best time of year to get pregnant? While it depends on your personal preference, there are a few months out of the year that can help a pregnancy feel a little less uncomfortable and a little more healthy.

The first factor to consider when planning a pregnancy is how growing a human being inside your body will impact your daily life. If you're working, it's worthwhile to think about the career implications of a pregnancy (and, subsequently, motherhood). For example, if there are certain times of the year that are slower in your industry than others, perhaps maternity leave would be easier to take at that time.

Then again, maternity leave doesn't seem to be a significant factor in the pregnancy decision-making progress, according to research. In a study published by the American Journal of Public Health, researchers found that "approximately 273,000 women in the United States took maternity leave on average every month between 1994 and 2015 — a number that showed no upward or downward trend during that time." In other words, the number of women taking maternity leave has not increased in over two decades.

Weather also plays a factor. For example, it's not uncommon for women to try and avoid being pregnant in the uncomfortably hot summer months (and for good reason, mind you). For others, being pregnant in the winter (when snow and ice are a possibility) presents a number of potential dangers that are worth avoiding entirely. Parents advises women who are pregnant in winter to choose sensible shoes and dress in layers for comfort and to keep from falling on any ice.

A soon-to-be mom's comfort is only part of the equation, though. Researchers writing a report in the Proceedings of the National Academy of Sciences found that the season of conception did have an effect on the health of babies, especially in terms of gestational length and incidences of premature birth.

"In terms of birth weight, summer was the best time to conceive... mothers who conceived from June through August gained more weight during their pregnancies and gave birth to infants who were, on average, about 8 grams heavier than in other months."

And while some mothers might try to avoid having a baby during flu and cold season, the American Academy of Pediatrics (AAP) suggests pregnant moms of any season speak with their doctor about getting the correct vaccinations, saying:

"Having the right vaccinations at the right time can help keep you healthy and help keep your baby from getting very sick or having life-long health problems."

Moms will argue about the benefits and drawbacks of having a baby during any month of the year. The truth is, however, that growing a baby is difficult no matter how you slice it. There is no right time to get pregnant, only the right time for you.