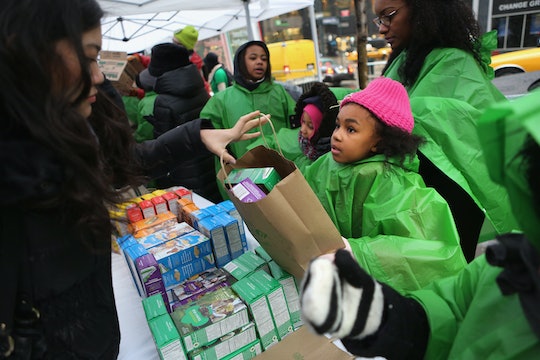 There's one piece of American culture that's surprisingly regional: the names of Girl Scout cookies. The confection known as Caramel deLites in one part of the country are called Samoas in another area. With that in mind, what's the difference between Tagalongs and Peanut Butter Patties? They are not made with identical ingredients.

Overall, Tagalongs and Peanut Butter Patties are very similar treats. On the surface, they are both crisp peanut butter cookies layered with a chocolatey coating. (Yum.) According to the organization's official website, Girl Scout cookies are manufactured by two different bakeries, and they have slightly different ingredients, hence the name difference. For some cookie fans, they may seem like virtually the same product.

Ingredient lists and manufacturer of origin aside, one question remains: do they taste the same? This is really what's important. According to a thorough breakdown of Girl Scout cookies in the Los Angeles Times, Peanut Butter Patties have a more prominent vanilla flavor, whereas Tagalongs provide more peanut butter inside the cookie. Again, the cookies are very similar, but not identical. So if you grew up eating Peanut Butter Patties in ABC Baker territory, ordering a box of Tagalongs in your current Little Brownie Bakers city might reveal some surprises.

As someone who's had the opportunity to try cookies from both territories, I can't profess to any preference between the two bakeries. I just wolfed down whatever was in the box, happy to have my hands on the seasonal treat. Basically? A Girl Scout cookie by any name tastes as sweet.