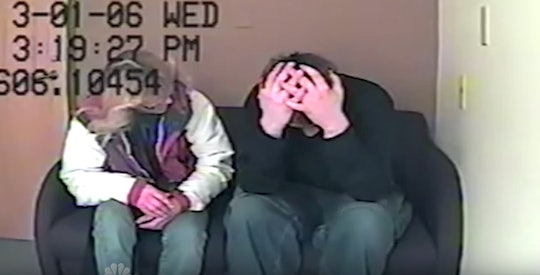 What's The Evidence Against Brendan Dassey? Here's A 'Making A Murderer' Refresher

When Making A Murderer debuted in December 2015, nobody knew how big the show and the show's subjects would become. Documentary film makers Moira Demos and Laura Ricciardi brought the shocking story of Steven Avery and his convictions to Netflix, introducing Steven Avery to audience members everywhere. After Avery was convicted of the murder of Theresa Halbach, Avery's nephew, Brendan Dassey was convicted on major charges. But what's the evidence against Brendan Dassey in the first place?

A refresher of the evidence that convicted Brendan Dassey is more topical right now than ever. A federal judge in Wisconsin overturned Dassey's conviction and life sentence from prison within 90 days. This is major — not only because fans of the show immediately called for Dassey's justice after watching the show, feeling as if something was afoot. Knowing what we know now about the judge's decision to overturn the conviction, a refresher on the evidence against Brendan Dassey is definitely necessary in seeing how far the case has come.

In 2007, a jury found Dassey guilty of three charges —first-degree intentional homicide, mutilation of a corpse, and first-degree sexual assault. According to stevenaverycase.com, Dassey was initially considered to be a part of the murder after Dassey's cousin Kayla had reportedly told school counselors that Dassey had discussed the murder with her (Kayla later admitted on the stand that she had lied). Dassey then was interviewed and interrogated by police — clips from the videos of which were shown on Making a Murderer.

The main evidence against Dassey is his multiple confessions that appear to be coerced, as investigators used leading questions and Dassey didn't have an adult supervision during the confessions. Dassey also had a reportedly low I.Q. and was only 16-years-old during the time of the confession. During the confessions, Dassey admitted to sexually assaulting Halbach in his uncle's home and helping Avery kill Halbach. Dassey's conviction was purely based on circumstantial evidence. Dassey's attorneys did not respond to requests for comments.

In an interview with Romper earlier this year, Manitowoc County Sheriff Robert Hermann did not believe that investigators tried to coax answers out of Dassey:

I'm certain that the interview wasn't all put out there, obviously. It's bits and pieces, um, you're talking hours of interview. I'm confident it was — that they did a good job. And I stand behind those investigators.