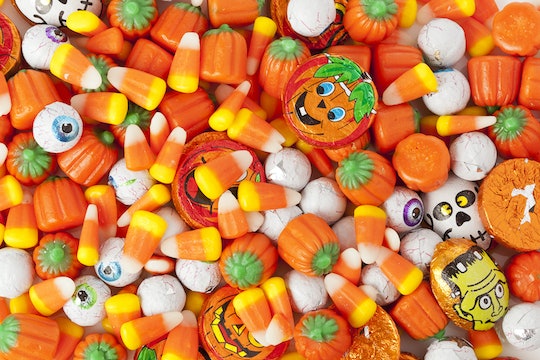 Soon you’ll be heading out to the store to buy Halloween candy to give away to trick-or-treaters on Oct. 31. You don’t want to be the worst house on the block, of course, but you also don’t want to break the bank with those king-size bars of chocolate that are always, without a doubt, Halloween’s top prize. So now is a good time to know what the worst Halloween candy is, as well as the best. And, fortunately, a new survey has revealed which confections take top prize, and more importantly, which bags to bypass completely.

The rankings come courtesy CandyStore.com, an online retailer that dug into the research to find out the nation's top 10 least-liked candies. The research, in this case, were the rankings from 12 websites of the best and worst candies as well as customer survey data from over 30,000 of its own customers. Lists were included from sites like BuzzFeed, The Week, HuffPost, Fox News, and Bon Apetit. Ultimately the list showed that one controversial sweet is taking home top prize for least-liked this year.

The culprit? Candy corn, which is one that always tends to divide audiences. Some people love the sugary, slightly waxy sweet while others abhor it. Regardless, it came out on top of the CandyStore.com's list of worst candies, followed by Circus Peanuts at #2. (The spongy peanuts landed in the top spot last year, so sometime during the past year candy corn did something to knock it back into second.)

The #3 spot went to Peanut Butter Kisses, which I personally never even knew had a name. They’re the orange or black wrapped peanut butter chews that are too bland to deserve the peanut butter name. Wax Cola Bottles came in at #4, followed by Necco Wafers (no surprise there). Tootsie Rolls landed #6 with Smarties and black licorice at #7 and #8. Rounding out the 10 worst are Good & Plenty and Bit-O-Honey.

Some of these, like Tootsie Rolls and Smarties may be a bit of a surprise, until we consider the sheer volume of them that show up in Halloween candy bags. They tend to make up those “Value Pack” candy bags that also see lots of Dum Dums and bubble gum. They’re the candies that are fine, but kids will sort through them to get to the really good stuff.

And just what is the good stuff? According to CandyStore.com's survey, that would be Reese’s Peanut Butter Cups, if you want to be the most popular house on your street. Those are followed by Snickers, Twix, Kit Kat, M&Ms, Nerds, Butterfingers, Sour Patch Kids, Skittle’s, and Hershey Bars. In other words, chocolate. And lots of it.

But if this all seems like just baloney to you, and candy corn tops your personal list of Halloween treats, you may be interested in one bit of trivia about it. According to Business Insider, it was originally known as “chicken feed” or “butter cream candies,” and came on the market in the 1880s. It was sold from March to November every year, Business Insider explained, and only started being sold as a special fall or Halloween candy after World War II.

This may not be candy corn's biggest year, however, according to this one survey's results. Instead, it seems like more chocolatey goodness is the pick for Halloween 2019.