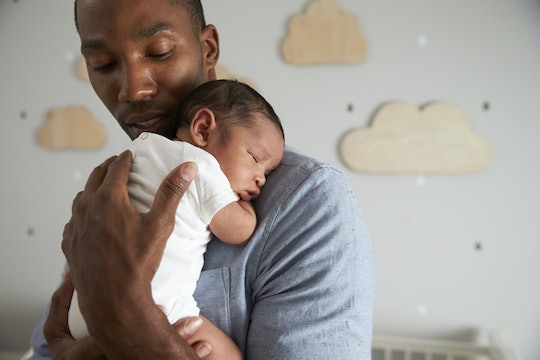 I will never understand what it's like to become a father. I imagine it is as central to one's own existence as motherhood, but colored by a different set of expectations and desires. When my husband and I first learned that I was pregnant, we were both overjoyed, incandescent. When we found out we were expecting a boy, it was as though something in my husband settled, allowing him to shift into his role as father. There must be at least five things that happen in a man's brain when they have a boy that mostly go unexpressed or unnoticed by the conscious mind, but what could they possibly be?

Researchers have studied the brain-body connection of parenting for decades. There's firm evidence that becoming a parent fundamentally changes your brain in ways that are difficult to understand until you experience them for yourself. The leading neuroscientific journal Brain Research examined the changes that happen in the brain as the bonds of parental attachment form. They were able to identify not only alterations in affect and reactions, but also in the responses of the entire limbic and hormonal systems. Simply put, having a child changes who you are on a very fundamental level.