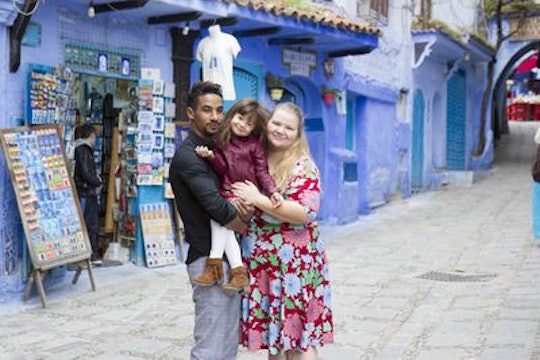 As sad as this is, the most memorable 90 Day Fiancé couples don't necessarily have the easiest stories to watch. While some happy couples are still part of the franchise, many go on to live life off camera. All fans have some burning questions about the couples that are still around. One of the hottest right now is: when are Nicole and Azan getting married? 90 Day Fiancé fans have been with the couple through multiple cheating scandals, two postponed weddings, and one elusive plan about a store that never happened. I'm one of them and I'm invested in this answer because I care, OK?

Nicole deserves to be happy and so does May. I've given up on the hope that the advice I scream at my TV will reach Nicole. If she still wants Azan after all she's been through with him — good for her. I hope Azan really isn't just using Nicole for money. So they need to get married soon so May can be with her grandma in the US, because it will help me sleep at night. It looks like I'll be resting easy soon, because according to an exclusive anonymous source for Radar Online, the pair will get married this summer.

“She’s sticking around [the US] for her sister’s wedding in June then going back to Morocco,” the source said. "Her intentions are to get married while she’s over there.” I'm so glad May is home for now. The person also said that after the couple gets married, Nicole still wants to bring Azan to the US. Circumstances change with this couple fast, but if this one sticks I hope it happens soon.

I gave up on giving Nicole advice awhile ago, I'm resigned to whatever fate has in store for her. But I'm very grateful that fans on Twitter don't give up on their hope that the advice in their tweets will somehow sink in:

Keep doing your good work friends. There's a single mother out there who doesn't seem to be paying attention to any advice her own mother is giving her.

Nicole's mom Robbalee has been trying to get pictures of this damn store since the start, and knew something was fishy about it right away. “I am surprised the purchasing of the store takes precedence over the wedding," she said on the show. “That looks suspicious. Maybe this whole store thing is Azan’s get-rich-quick scheme.”

Is anyone surprised that mama seems to know best here? On the premiere of the 90 Day Fiancé spinoff Happily Ever After Nicole confessed there is no store. "Even though I told my mom that we were talking about opening up a store, we never winded [sic] up going through with it," she said. It was only when pressed by producers that she says flat out "there is no store."

The reason I had to stop investing emotion into Nicole's life choices is that it seems like she knows she's doing wrong but she doesn't seem to want to change. In the clip, she tells a friend the truth. But she hasn't told her family. "My family does nothing but grill me."

It's because they care, Nicole! Why is that so hard to see?