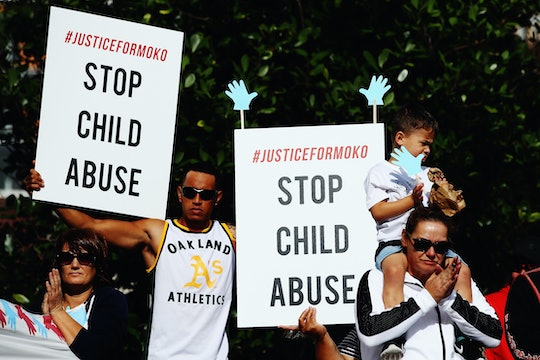 When Can Child Protective Services Intervene? A Recent Incident Has Raised Questions

Pictures of a man allegedly dragging his young daughter by the hair through a Cleveland, Texas Walmart have gone viral on Facebook with over 130,000 shares, thanks to a fast-thinking fellow shopper with a camera phone. Erika Burch was shopping with her husband when he pointed out what was happening; Burch took several photos of the situation, then approached the man and demanded that he let the child's hair go. When he refused, Burch called the local police station. The police, however, were not legally able to do anything to protect the child. It turns out that Child Protective Services can not legally intervene as often as you may have thought. This recent incident has raised questions about the ethics surrounding the laws preventing child protective service agents, as well as law enforcement officers, from stepping up to stop allegedly abusive situations.

One of the most disturbing details of Burch's account of the incident is her interaction with the Cleveland, Texas police sergeant. Not only did this particular sergeant claim that the man had the right to "discipline his children," he also informed Burch that "in order for it to be abuse, there had to be bodily injury to the child." This was after Burch showed police photographic evidence of the man allegedly dragging his daughter by her hair.

According to Texas law, specifically Chapter 261 of the Family Code,

This is highly important because it highlights that abuse is not only physical. Emotional abuse, while it doesn't leave a visible mark, has tremendously damaging effects on children. The American Psychological Association reported, according to The Huffington Post, that "childhood psychological abuse has lasting, significant damage, equal to or exceeding the long-term consequences of physical abuse."

This information exposes an inherent flaw in our child protective system. While it seems that a photo of a father dragging his child by the hair in a public place should be enough proof of abuse to inspire further investigation, we know now that it's not. No physical mark was left on the child, so therefore, it can not be deemed abuse according to law enforcement and child protective services. The definition of abuse by law in Texas, though, as previously mentioned states that physical injury is not the only thing that constitutes abuse. This begs the question, then: Why can't the proper authorities intervene, even without physical indicators of mistreatment?

An 11-year-old boy found dead in a closet in his own home has also incited outrage over the lack of help he received from child protective services. According to North Hollywood Patch, Yonatan Daniel Aguilar suffered from severe malnourishment and emaciation. His mother, 39-year-old Veronica Aguilar, has been charged with alleged murder and child abuse. As if this story wasn't upsetting enough, North Hollywood Patch reported that "Yonatan's risk of abuse at home had been marked as 'high' four times from 2009 to 2012 by Department of Children and Family Services (DCFS) workers." Teachers and others who were aware of Yonatan's situation reported the family to DCFS at least six times, yet somehow, this case ended with an 11-year-old's tragic death.

The lack of assistance received by Yonatan Daniel Aguilar and the Cleveland, Texas girl are not isolated incidents. A 5-year-old boy in Illinois was killed on his birthday back in September 2013 after a teacher reported his family to DCFS twice, according to The Telegraph. When the DCFS investigator found no visible injuries, the case was dropped. Even if the DCFS worker had ended up intervening, the boy and his brother would have remained in the allegedly abusive home while the investigation took place. This is reportedly typical practice for DCFS investigations, according to RawStory.

It's evident that something needs to be done to improve the resources provided to children in abusive environments. The Cleveland Police Department, after receiving "numerous calls in regards to a child having her hair pulled last night at Cleveland Walmart," thankfully announced on its Facebook page that officers would investigate this particular situation further.

Hopefully one day every child abuse claim will be thoroughly investigated so further harm and tragic deaths can be prevented.

More Like This
What Is RSV?
The Best Halloween Family Pajamas To Match Your Boos
Tips For Apple Picking With Kids
Experts Explain Whether It’s Safe For Your Baby To Sleep On Your Chest