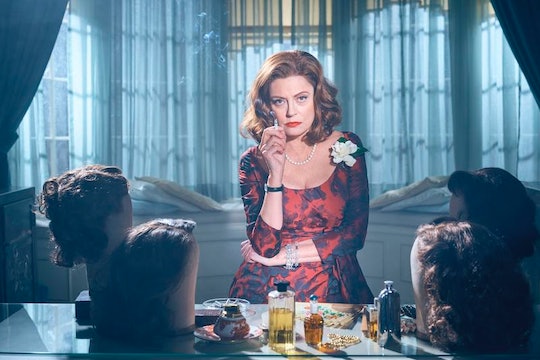 Bette Davis Was Far Away From Home When She Died

Sadly, FX's Feud: Bette and Joan is coming to an end this week. But fans know that the series can't show everything that came after the height of their rivalry during What Ever Happened To Baby Jane?. Interestingly, although both women continued to work, they would never again reach the level of success that they had during their collaboration in 1963. However, they continued to despise each other up until their deaths, with Joan Crawford dying first in 1977. But when did Bette Davis die? Her time of death came many years later in 1989, and it happened in France, at the age of 81 years old, since she was too weak to make the long trip back to the United States.

Davis spent her final days in the American Hospital in Neuilly-sur-Seine, just outside of Paris. She was in Europe for the San Sebastian Film Festival in Spain, where she was honored for her career. But the breast cancer she had was slowly debilitating her and she never made it back to Los Angeles. In 1983, Davis had a mastectomy, her lawyer, Harold Schiff, told The New York Times at the time. "'The doctors had told us the cancer had spread, that it was terminal. The doctors had said let her go on going about her business.'' And that is precisely what she ended up doing up until the very end.

She would have been pleased to see the attention she received after her death. All of the major papers ran epically long obituaries of her, celebrating her long Hollywood career. The New York Times quoted her as saying once upon a time:

I was a legendary terror. I was insufferably rude and ill-mannered in the cultivation of my career. I had no time for pleasantries. I said what was on my mind, and it wasn't always printable. I have been uncompromising, peppery, intractable, monomaniacal, tactless, volatile, and ofttimes disagreeable. I suppose I'm larger than life.

So if you were wondering about whether Feud was accurate in their depiction of the Hollywood star or if Davis would balk at having a show traffic in her feud with Crawford, think again. Both women were very self-aware and at the end of their careers, and their rivalry was one of the main things keeping them in the headlines.

Yet, they had more in common than not. Crawford's daughter, Christina, wrote Mommie Dearest, a memoir about her allegedly troubled childhood with the actress after her death. Davis' daughter B.D., too, wrote a scathing memoir called My Mother's Keeper in 1985, before Davis' death, calling her "grotesque," "abusive," and "domineering." She and her children were left out of Davis' will.