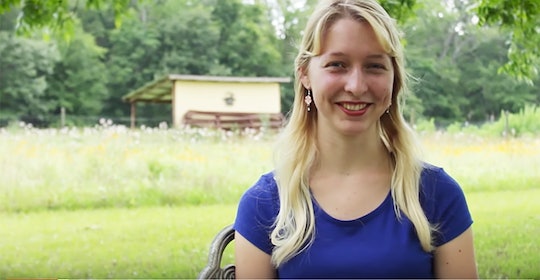 Welcome to Plathville stars Barry and Kim Plath have nine children, two of which are married, Hosanna and Ethan Plath. And now that the TLC show has picked up steam, some people might be curious to know when Hosanna Plath got married.

Ethan said "I do" to his current wife, Olivia Plath, in October 2018. Hosanna was the next sibling to get hitched, marrying Timothy Noble in June 2019. Noble is a pianist, which pairs perfectly with Hosanna's skills on the violin. In fact, music is what brought the two together, as they met at the National Quartet Convention in 2016. The National Quartet Convention is a yearly gathering of Southern Gospel quartets and musicians.

The two have performed at the convention ever since, most recently appearing at the November 2019 event.

It appears the two tour together, with their personal website listing joint concert dates for the entirety of December. They also sell CDs, which is interesting.

As for the courtship timeline, the two were engaged in summer 2018. Comparatively to other courtships, including the Duggars, one year is a relatively longer timeframe.

When the two did decide to get hitched, they held it at a church and Hosanna had her own bridal party. Included in the group was Nurie Rodrigues, the fiance of Anna Duggar's brother, Nathan Keller, as In Touch Weekly reported.

It's unclear if the couple have any plans to star on Welcome to Plathville together, but I think there's an interest there if they decide to take the leap. That's because the relationship Kim and Barry have with Ethan's wife is a bit frosty, and drawing a comparison to their relationship with Noble sounds like good TV. TBD.

More Like This
Alec & Hilaria Baldwin Welcome Baby #7, And Revealed Her Cheerful Name
Meghan Trainor's TMI Life
Barack Obama Says He "Won The Lottery" When He Married His Wife Michelle 30 Years Ago
Firefly Lane Is Coming Back To Netflix For One More Final Season