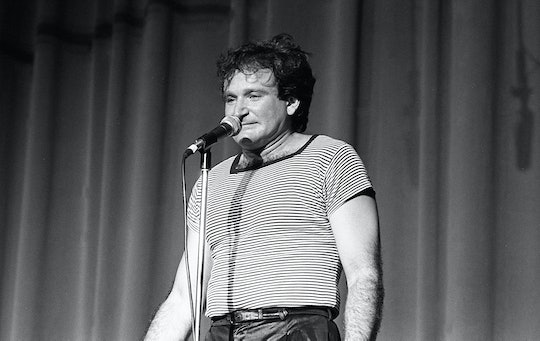 Robin Williams was an incredible actor who went on to win five Grammys, two Emmys, an Oscar, and four Golden Globes. He's known for his work in the iconic films Mrs. Doubtfire, Good Will Hunting, Aladdin, Dead Poet's Society, Hook, Jumanji, and so many others. He also did an incredible work on television with the shows Mork & Mindy and The Crazy Ones. However, before Williams made it on screen, like many other comedians, he got his start in standup. So when did Williams start doing stand up and how did that lead him to the big screen?

It is hard to pinpoint exactly when Williams began doing stand up, but it was sometime in the 1970s. In a Rolling Stone interview, it was revealed that he worked his way from behind the bar to the stage of the Holy City Zoo club in San Francisco, where he first did stand up. From there, Williams decided to leave the Bay Area and move to Los Angeles where he made his way around comedy clubs.

It was Williams' work at comedy clubs that got him discovered by TV producer George Schlatter. Schlatter first saw Williams back in San Francisco as a street performer and then again a year later at the Comedy Store in L.A. It was then that Schlatter cast Williams in the 1977 NBC special The Great American Laugh Off. Williams turned his five-minute slot into a 15 minute show, and it was clear he was a hit.

After The Great American Laugh Off, Schlatter then cast Williams as part of the ensemble in his revival of Laugh-in, a series of specials for NBC. Merrill Markoe, who first met Williams while Williams was performing with an improv group dubbed Off the Wall at a club in Hollywood, worked on the show as a writer. Obviously, a lot of what Williams did in comedy clubs affected his future in entertainment. For example, while he was working in comedy clubs, Williams often wore rainbow suspenders, which would later become a signature on Mork and Mindy, the show he left Laugh-in to star in.

Following Mork and Mindy, Williams left behind the L.A. club scene and began doing national tours and recording hit comedy albums. Unfortunately, with his success came drug use, and it wasn't until his friend, John Belushi, died in March 1982 that Williams decided to get sober. However, that didn't stop Williams from using his experiences with drugs and alcohol for his stand up. Specifically, he often did a number of jokes about cocaine.

Obviously Williams was incredibly talented, whether he was on or off screen. He could make people laugh while they were sitting at home or when they were sitting right in front of him in the audience. That's why news of his passing in August 2014 was so devastating to so many people. Now in HBO's new documentary, Robin Williams: Come Inside My Mind, fans will get to hear from the people closest to Williams about his talent, his kindness, and the days leading up to his death.

Interwoven between interviews with people like Billy Crystal, Steve Martin, and Williams' son, Zachary, there will also be clips from Williams' time on various sets and old interviews. Viewers will also get to hear some of the voicemails Williams' left on Crystal's answering machine. In sum, the new documentary will give Williams' fans a closer look into his life and his mind.