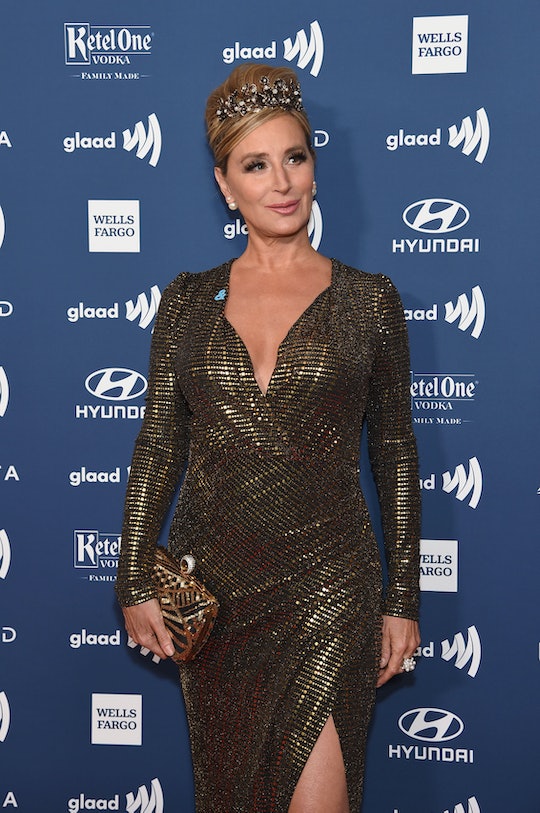 When Ramona Singer was spotted smooching Harry Dubin, any Real Housewives of New York fan knew it would be a issue. That's because Ramona isn't the first Housewife Harry has hooked up with. He was previously married to Aviva Drescher, but also dated Luann de Lesseps and Sonja Morgan. Sonja takes umbrage to the whole Ramona-and-Harry thing in "It's Not You, It's Miami." But what's the backstory here? When did Sonja and Harry Dubin date?

There tends to be a lot of overlap in the RHONY dating scene. Famously, Sonja went out with Tom D'Agostino before Luann married him, and that turned into an ordeal of its own on the show. Now Ramona sharing a kiss with Sonja's ex promises to be a problem, too. That may be because things got fairly serious between her and Harry once upon a time. They've known each other for years and first got involved a few decades back before reconnecting several years ago in 2014. RHONY fans might remember that, because it was captured for the show.

Around that time, Sonja gave an exclusive interview to Radar Online in which she detailed their long history. She explained that they had dated seriously "over 25 years ago" but split due to Harry's infidelity. They started seeing each other again around 2013 when another of Harry's relationships ended, but Sonja was hesitant to commit to him because of their past.

At the time, Harry was eager to make things more official. In a Season 6 scene, Harry offered Sonja a promise ring as a gesture of how he felt. She believed she had to be cautious because of what happened all those years ago, but emphasized to Radar Online that they cared deeply for one another. "You would have to be blind to not see how much Harry loves me and I love Harry," Sonja said. She added that Ramona, Luann, and Carole Radziwill all thought that she and Harry were "soulmates."

But Sonja was still thinking things through, and she ultimately decided a relationship with Harry wouldn't work. In another exclusive chat with Radar Online, she said that she thought Harry's offer of the ring was genuine, but his behavior made it clear to her that he wasn't actually ready for more. She found it telling that he left her at a party without checking to see if she wanted to go with him, or finding out if she had a way home. "It was not showing me in any way that he was ready to work towards committing," she concluded.

Even though Sonja and Harry called it quits several years ago, there were still some serious feelings there. So it makes sense that she's not thrilled that Harry made out with one of her closest friends. During an appearance on Watch What Happens Live with Andy Cohen, Sonja said that she was "repulsed," though she wasn't mad at Ramona for what happened. Instead, she said, "I am so upset with Harry."

It looks like all that history is about to be unearthed in the upcoming episode. It should make for a memorable trip to Miami.