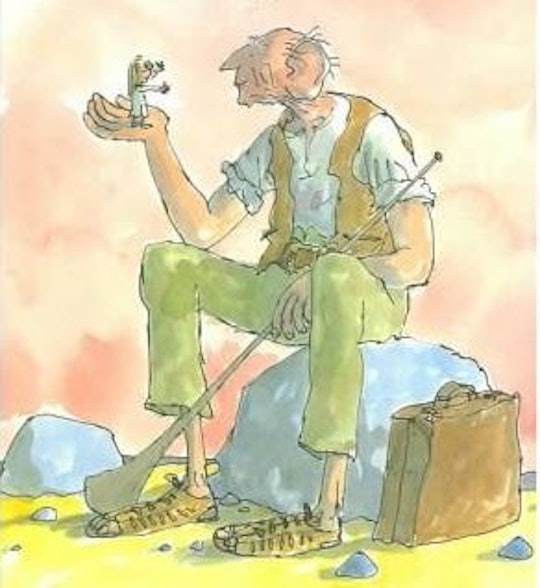 When Did 'The BFG' Book Come Out? The Surprisingly New Novel Was An Instant Classic

Yet another beloved Roald Dahl novel has been adapted into a film, and The BFG will open in theaters on Friday. Those who recall watching Willy Wonka & the Chocolate Factory in their youth may wonder if the latest adaptation is as old-fashioned as its classic predecessor. But fans might be surprised by when The BFG book came out; it's probably a lot newer than most people would guess. The book was published in 1982, 18 years after Charlie and the Chocolate Factory. In fact, Dahl's writing career spanned nearly 50 years.

Dahl's first novel, The Gremlins, wasn't specifically written with children in mind, although it was marketed as a children's story when it was released in 1943. Coincidentally, the story was optioned by Walt Disney (although the film was eventually scrapped) and is said to have inspired BFG director Steven Spielberg's 1984 film, Gremlins. The story tells the tale of Gus, a pilot who discovers that tiny gremlins are to blame for mechanical failures on airplanes. It was inspired by folklore from the United Kingdom's Royal Air Force, for which Dahl was a pilot during World War II. That's right, before becoming an author, Dahl was a fighter pilot (and also a spy, as explained by the best episode of Drunk History to date).

The adventurous spirit of Dahl's protagonists can be traced to their creator; when a young Dahl graduated from boarding school, according to Biography, his mother offered to pay for his tuition at Oxford or Cambridge, and Dahl replied, "No thank you. I want to go straight from school to work for a company that will send me to wonderful faraway places like Africa or China." Dahl did just that, taking a job with Shell Oil in 1934 that eventually took him to what is now Tanzania. He joined the Royal Air Force in 1939, flying for them until a 1940 crash landing in the desert left him with injuries that ended his piloting career. In 1942, he was transferred to the British Embassy in Washington, D.C., where he worked officially as an attaché and unofficially as a spy, and eventually established himself as an author.

Dahl's first official children's book, James and the Giant Peach, was published in 1961. By the time The BFG was published, Dahl had already released several successful children's books such as Charlie and the Chocolate Factory and Fantastic Mr Fox. He continued to write until his death in 1990, releasing four books posthumously in 1991.