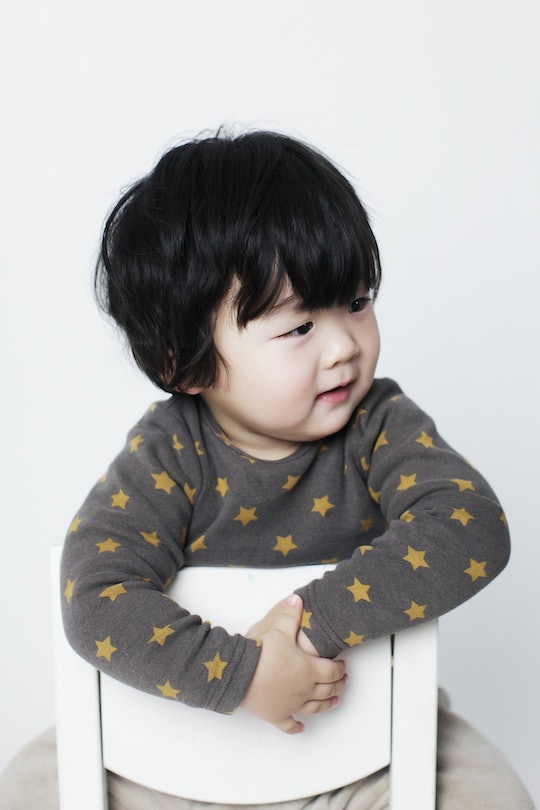 Here's When Toddlers Start To Touch Their Genitals

If you are a parent, there will likely be a time when you come across your child fondling their private parts. I am not referring to those teenage years when you forget to knock, but way, way earlier – as in the toddler years. You have probably noticed that infants may occasionally reach down when they are being bathed or getting their diaper changed. But, when do toddlers discover their own genitalia?

According to the Sexuality Resource Center for Parents, a site developed by Glenn S. Quint, a former outreach educator for Planned Parenthood, toddlers start showing interest in their genitals, and may begin to touch themselves for pleasure, between birth and 18 months. A Psych Central article by Dr. Marina Benjamen noted that research has shown that some babies may begin touching their genitals while they're still in the womb.

Dr. Alan Greene, a pediatrician, author, and father of four wrote on his website, DrGreene.com, that babies will often tug on their genitals similarly to how they tug on their ears and toes. But, by the time they become toddlers, children realize that their genitals are special, and touching them feels good. Because this behavior is common in 2 year olds, it is believed that a combination of easier access to and an increased focus on the genitals during potty training, along with age-appropriate curiosity may be what fuels a toddler's genital exploration, according to What To Expect.

Greene noted that playing with the genitals may be a comforting behavior for some children, not unlike thumb sucking. This comforting technique, according to Dr. James M. Sears, of Ask Dr. Sears, may also begin when a child feels unhappy about something such as having their pacifier or other lovey taken away.

Both Greene and What To Expect warned that if touching their genitals consumes most of your child's attention, or becomes an obsession, you should talk to their pediatrician, as it could be a sign of underlying stress. Experts agree that you should never shame or punish your child for this behavior, nor refer to genital exploration as something that is dirty, sinful, or bad.