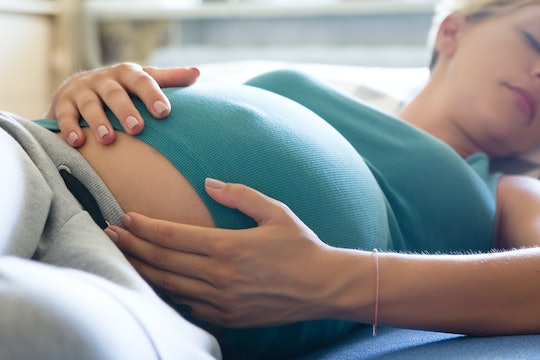 The decision of whether or not to circumcise your baby boy is a big one; after all, it concerns one of his more important organs. While many parents don’t think twice about the choice and simply do what their family or culture has always done, the truth is, it’s a weighty decision that deserves a lot of thought, research, and discussion between you and your partner. With that in mind, when do you have to decide if your baby will be circumcised?

According to the fact-based website The Circumcision Decision, parents would do well to begin the research and discussion necessary for this decision before knowing the sex of their baby. While that might be best-case scenario, it’s not necessarily the case for most parents.

The Circumcision Decision recommended that couples come to a consensus by the sixth or seventh month of pregnancy, regardless of whether or not you know the sex of your baby. If you’re already passed that point, don’t sweat it. Anytime up until the weeks surrounding your due date is really fine. You can of course make the decision after the birth, but at that point you’re going to have a whole new world of emotions, responsibilities, and most importantly, snuggles. You’re really not going to want to make such a weighty decision then.

The Circumcision Decision stated, "if you decide to circumcise, the best time is shortly after birth (if the baby is healthy) or before the baby weighs 15 pounds or is 3 months old. Why? Because younger infants heal more quickly, don’t require stitches, have fewer complications such as bleeding or infection, and require only local, not general, pain relief."

Before giving birth, talk to your care provider about when they recommend the procedure be done. According to the American Pregnancy Association, most hospitals recommend circumcision within the 48 hours before leaving the hospital, but some OB-GYNs encourage parents to wait a few weeks. Knowing what to expect in the place you've chosen to birth will help lower your stress and allow you to enjoy those newborn snuggles.

Long after your little dude’s birth, you can certainly change your mind if you didn't circumcise, but keep in mind the procedure costs much less for a newborn than an older infant; the possible difference between $100 versus $4,000, which many insurance companies do not cover. So while technically you have all the time in the world to make the decision, your bank account and your little guy both prefer you make it sooner than later.