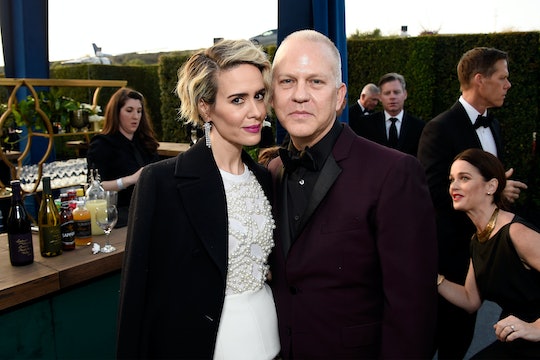 Every season of American Crime Story follows a different, high profile true crime case. The first took another look at the O.J. Simpson trial, while the second revisited the crimes of spree killer Andrew Cunanan. It was recently announced that the third will focus on the impeachment of President Bill Clinton. Fans of the show are sure to be eager for the next installment, but when does American Crime Story Season 3 premiere?

The only downside to the third season of ACS is that it's going to be a long wait before the episodes arrive. According to Variety, Season 3 is set to debut on FX on Sept. 27, 2020. So while it's good news that the show will have plenty of time to craft another fantastic season, it's still tough to know that it will be an entire year before the show returns. Production won't even begin until February 2020, so Season 3 is still quite a long way off.

Much like the first season was based on Jeffrey Toobin's book The Run of His Life: The People v. O.J. Simpson, Season 3 is going to be based on another of Toobin's books. This time it will be A Vast Conspiracy: The Real Story of the Sex Scandal That Nearly Brought Down a President. Perhaps it's good news to know you have a whole year to read it before the show starts.

Season 3 of ACS will have an impressive cast and crew, as is typical for the series. Most of the executive producers were attached to the first two seasons as well, though not all; Ryan Murphy, Nina Jacobson, Brad Simpson, Brad Falchuk, Larry Karaszewski, Scott Alexander, Alexis Martin Woodall, and Sarah Paulson will all be executive producers. One of the key real life figures in the story, Monica Lewinsky, will be a producer as well. And in addition to her E.P. duties, Paulson will be starring as Linda Tripp, alongside Beanie Feldstein (also a producer) as Lewinsky and Annaleigh Ashford as Paula Jones. Sarah Burgess is attached as the season's writer.

John Landgraf, the chairman of FX Networks and FX productions, released a statement about the new season that was shared by Harper's Bazaar. He spoke about how the series has become a "cultural touchstone" that provided "greater context for stories that deserve greater understanding." He believed that Season 3 would be able to do the same thing, saying, "This franchise re-examines some of the most complicated, polarizing stories in recent history in a way that is relevant, nuanced, and entertaining. Impeachment: American Crime Story will likewise explore the overlooked dimensions of the women who found themselves caught up in the scandal and political war that cast a long shadow over the Clinton Presidency."

It's promising to hear that the season will center around the perspective of the women involved, especially with Lewinsky as one of the producers. Her participation was important to Murphy, who told The Hollywood Reporter about a run-in he had with Lewinsky when the impeachment scandal was first considered as an ACS contender. "I told her, 'Nobody should tell your story but you, and it's kind of gross if they do,'" Murphy said. "'If you want to produce it with me, I would love that; but you should be the producer and you should make all the goddamn money."

There may be many months before ACS Season 3 debuts, but it sounds like it will be well worth the wait.