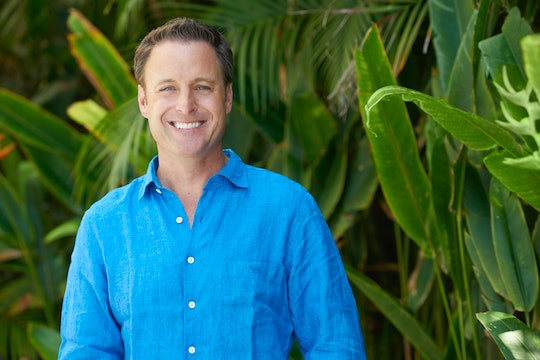 Mark Your Calendars for 'Bachelor in Paradise' Season 5

While I do enjoy The Bachelor and Bachelorette, Bachelor in Paradise has undoubtedly become my favorite show in the franchise. I love that I’m already familiar with the most of the contestants, and it’s exciting to see the casts from different seasons interact. Becca Kufrin’s season of The Bachelorette is still underway, but fans like me are already anxious and wondering, when does Bachelor In Paradise Season 5 premiere?

If you're waiting to dive head first into some sun-kissed romance then get ready. The fifth season of Bachelor in Paradise is set to premiere on Tuesday, August 7 at 8 p.m ET. As usual, the series will premiere a few weeks after The Bachelorette finale airs. That is also around the same time that producers usually begin dropping casting hints. Season 5 has already started filming in Mexico and it’s just a matter of time before we see the all that yummy tropical romance and drama unfold.

There’s no official word on the cast as yet, but there have been numerous sightings of past cast members in town for the shoot. In one tweet, a Mexico vacationer snapped photos of Bachelor in Paradise alumni couples Jade and Tanner and Carly and Evan filming near the beach.

But these famous four aren’t the only alumni couples filming for the upcoming season. This week, according to People and the Bachelor in Paradise’s official Instagram page, it was announced that franchise alumni Jared Haibon and Ashley Iaconetti got engaged during the filming of Season 5. The happy couple first met on Season 2 of Bachelor In Paradise, and while they have been good friends ever since, it wasn’t until recently that the two became a couple. Ashley was smitten with Jared from the first day, but it took Jared three years to admit his feelings for her.

Finally, in a romantic beach proposal this week, E! News confirmed that Jared proposed to Ashley in Mexico with a Neil Lane ring. In their YouTube video, “The Story of Us”, the couple talked about their two stints on Bachelor In Paradise and the ups and downs of their relationship. Haibon said, “I’m living proof that you should listen to your gut and that it’s not too late. The person I wanted to be with most was right in front of my eyes.”

While I can’t confirm any of the Season 5 cast members so far, I can tell you that there is a lot of speculation on who will be there. Caution! Spoilers Ahead!

Reality Steve tweeted a photo of Colton Underwood — the former NFL player on the current season of The Bachelorette — hanging out by a resort pool in Puerto Vallarta.

Tia Booth, a former Bachelor contestant who Colton admitted to have briefly dated before filming The Bachelorette, was also seen in Mexico filming for Season 5. One Twitter user posted a video of what seems to be Colton and Tia hugging on a street in Mexico with a camera crew around them.

Mike Fleiss, the creator of the franchise, Tweeted a picture from Paradise confirming that fan-favorite Wells Adams will be reprising his role as the resort's bartender, and Japanese contestant Yuki, who was introduced in Bachelor Winter Games, will be there as well.

But though rumors abound, ABC has not officially released any cast names or dates, so most of the information out there is based on speculation. But as a huge fan of the show myself, I'm so excited to know at least that filming is well underway. I’m sure the next season is going to be filled with lots of romance and drama.