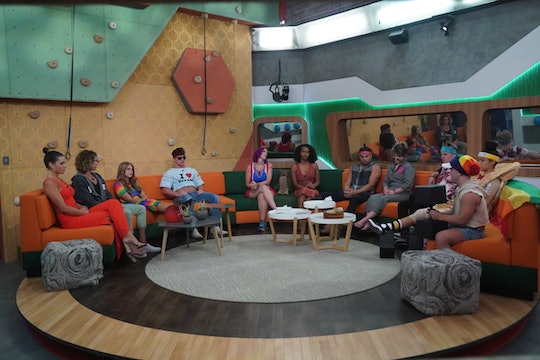 Big Brother 20 has reached the part of the season where houseguests are now being sent to jury, not home, which means the season is quickly coming to an end. So when does Big Brother 20 end and who will be this season's winner? The finale could come sooner than you think.

The official finale date of Big Brother has not been announced yet but it is easy enough to at least guess. The finale always occurs when there are only three people left in the house. And with 10 still in the house now, with one leaving on Thursday, that means the finale will be in about seven weeks. However, there is usually a double eviction night at some point during the season, which means two houseguests would be evicted in the span of one night, making the finale only six weeks away.

However, the reason the double eviction typically takes place is because a houseguest returns to the house at some point. But since Kaitlyn lost her chance to return to the house, no one has returned and at this point it is unlikely someone will. Still, a season without a double eviction just does not seem right so it is unclear what exactly the producers will choose to do. But you can probably expect the finale to fall on either Sept. 27 or Oct. 4, right in time for the premiere of CBS' fall shows.

As for who should win, Tyler is definitely still the frontrunner. Somehow FOUTTE, or The Hive, as they are being called now, still has not figured out that the Level 6 alliance exists. They think Angela and Kaycee are floaters and even though Haleigh took a shot at Tyler as the Hacker she only did so because she believes he is playing both sides of the house. Though this is true, she fails to see that Tyler is not just playing both sides of the house but he is controlling things too. Tyler has been behind almost every single eviction that has happened this season, and The Hive has been none the wiser.

Somehow Tyler has successfully swindled everyone into believing he is not running the house and he has sent people out the door without getting any real blood on his hands, which is also great jury management. He even made sure to play nice in his goodbye message to Bayleigh because she was the first jury member, something Brett did not think to do. Tyler is playing this game to win, which is why he will.

Other than Haleigh no one has even thought to nominate Tyler for eviction and if they had and Tyler got wind of it, he still has his power app to keep him off the block. Honestly though, even if Tyler did touch the block it's hard to imagine who he could be sitting next to that he would be voted out instead of the other person. Tyler has Level 6 on his side, which includes Angela, Kaycee, and Brett. JC always votes with Level 6 so he might as well be a part of their alliance. Sam is the only person Tyler told about his power app, so it seems unlikely she would ever vote him out, though she has become a bit of a wildcard lately. That only leaves Haleigh, Rockstar, Faysal, and Scottie — and Rockstar may very well be going home this week.

Unless the house finally catches on to what Tyler has been doing or he ends up with a bitter jury, which seems unlikely at this point, Tyler's well on his way to $500,000.