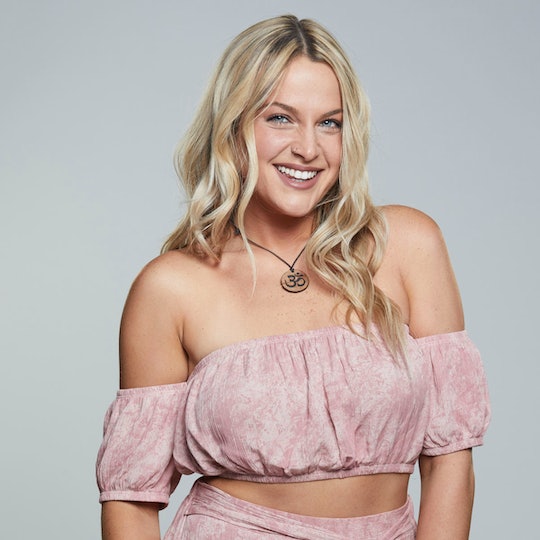 'Big Brother' Season 21 Has An Interesting Mix Of Contestants

Big Brother is about to embark on its 21st season, which is undoubtedly exciting to fans who have been there since the start. And, luckily, the new season will be arriving on CBS before you know it. The wait may have been long, but it's almost over; at the moment, it's just a matter of days. But when does Big Brother Season 21 premiere? You'll need to know when to park yourself on the couch, so you won't miss even a minute.

According to Entertainment Weekly, Season 21 of Big Brother premieres on CBS on Tuesday, Jun. 25. That's only a week away! In a mere seven days, Big Brother enthusiasts will have a whole new pack of contestants to root for (or against). You can even use that time to start sizing up the competition, if you want. There will be 16 people competing this season, and there's so much variety in the group that it may make predicting the outcome even harder.

EW had a rundown of all 16 people who will be appearing in Season 21, and some of these job descriptions could put The Bachelor to shame. Did you know there's apparently such a thing as a "wine safari guide"? Well, you're about to.

Said wine safari guide is 31-year-old Holly, a self-described millennial who fears being away from her beloved phone. Does the safari come with complementary wine? Is it a safari through the wilds of wine country, to see the grapes in their natural habitat? I can't wait to find out. Next, 28-year-old Tommy hails from my hometown of Staten Island, NY, and the less said about that, the better. He's disappointed about missing out on a summer at the Jersey Shore, which tracks. Hope the show makes it worth his while!

Analyse is a "college soccer star" who wishes she could make tanning her full time job. Ovi is also in college, and he's ready to challenge himself in the Big Brother house — if he can stand to be away from his dog. Jessica is a model who honestly seems too chill for reality television. She refers to herself as someone "who observes actions and can be fun but laid back." How are you going to start drama like that, Jessica?!

Jack is another dog-lover who prizes his honesty and integrity. Maybe he and Jessica will be friends. Nicole from Long Island is a preschool aide, so she's probably an expert at navigating a lot of yelling in a small space. Photographer David is prepared for the adventure of being on the show, though he's not thrilled about the lack of escape route. Christie is also from Staten Island! We're everywhere now! She is the four-hundredth contestant to mention her dog (no hate, I would do the same), though being away from the boutique she owns is especially troubling to her.

Sam is a truck driver from Pennsylvania who wants to simultaneously "be true" and "be a little bit of a rat" when it comes to his prospective alliance. Kathryn, the digital marketing executive from Texas, does not watch TV and is therefore not a Big Brother expert. Choices! Kemi is also in marketing, and she can be "extremely vicious" when provoked. Cliff is a petroleum engineer who favors logic and loyalty, though he's down for some well-planned betrayals if it comes to that.

Nick is a therapist, so he might be exceptionally skilled at keeping the peace inside the house. Isabella lists her favorite activity as "spending other people's money," which is the kind of statement we could really spend all day unpacking. Lastly, Jackson is a server who is worried about not getting his "daily watermelons" while on the show. Cool.

It sounds like there'll be a good mix of personalities in the house, which could lead to an interesting season of Big Brother.