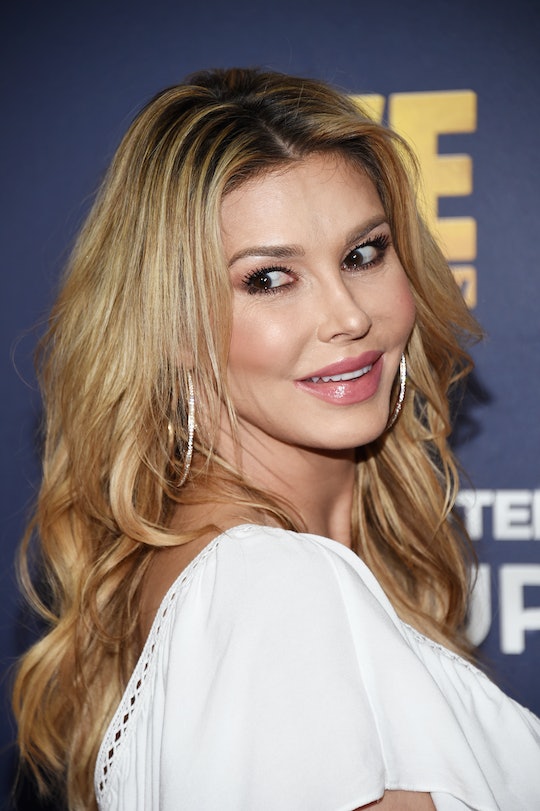 Brandi Glanville May Be Angling To Rejoin 'RHOBH'

Brandi Glanville formally exited The Real Housewives of Beverly Hills after Season 5, and made a few "friend of the Housewives" appearances in Season 6. But a glimpse of her in the Season 9 trailer has fans wondering when Brandi Glanville will return to RHOBH. She's close with the season's newest Housewife, Denise Richards, and she appears in the Season 9 trailer over drinks with her. Her rousing toast to the bride? "Cheers, b*tch."

I think it's safe to assume that Brandi will appear in episodes leading up to and including Denise's wedding, but there's no official word yet on when episodes will air. Since Denise got married right after filming began, and Brandi appears in the first trailer for the season, I think fans could reasonably conclude that she'll appear in the first half of Season 9. (Remember, Real Housewives typically airs a new trailer for what's still to come mid-season, too.) In a December interview with Entertainment Tonight, Brandi played coy about whether she'd be rejoining the ladies, saying, "I would like to say for sure or not for sure. But it’s easier for me to just not get in trouble and say nothing!”

Aside from her appearance this season, Brandi hinted that a permanent position among the Housewives might be in the cards. She added:

I miss the trips and the camaraderie. You really don't, as a grown woman, get the chance to go out with six of your girlfriends, go travel the world, and get f’d up and have a good time. You really are lucky to see — I'm lucky to see my friends every other week for a quick lunch or dinner, ‘cause I'm so busy, so you're basically getting paid to have a party!

It sounds like this former Housewife is feeling more than a little nostalgic for the drama. And it's actually perfect timing, considering OG Housewife Lisa Vanderpump may be eyeing an exit from the show. Replacing her with a prodigal OG may soften the blow for LVP fans, and the Real Housewives franchise has seen that model work well in the past. Bethenny Frankel famously rejoined The Real Housewives of New York City after a three-season hiatus and fans were thrilled (for the most part). So there's definitely a path forged for Brandi to return should she so choose.

“The problem is, she's not connected with any of the women. If somehow Brandi and [Lisa Vanderpump], or Brandi and Kyle [Richards], or if she wound up legitimately becoming good friends with a few of those women, then I think that would be great. Then we would bring her back. Right now…she’s still on an island.

It would seem that with the addition of Denise, Brandi has that coveted "in" amongst the Housewives once more. The pair know each other because they have the same agent, according to People, which seems as solid a ground for friendship as any in Beverly Hills. For fans who feel super invested in a Brandi return, the stars do appear to be aligning.